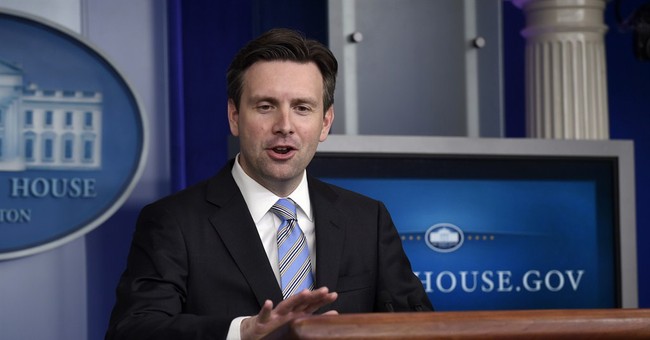 President Obama’s closed door meeting with leaders of the LDS Church in Salt Lake City last week once again left members of the press twiddling their thumbs. While journalists, print and all, assumed they’d have access to the meeting, the White House only permitted a few photographers to enter. After seven years of reporters being denied access to events they knew they had the right to cover, this was the last straw.

Following this latest incident, the White House Correspondents’ Association gave a frustrated statement to the Washington Examiner with news that they were sending a list of press freedom rules to 1600 Pennsylvania Avenue.

"The principle of the full [White House press] pool is so important to us that we're working to address it in a set of written practices we'd like this and future administrations to follow," Association President Christi Parsons said in a statement to the Washington Examiner media desk. "We've been working on that document for almost a year now and will have more to say about it when we release it later this spring."

This announcement is painfully ironic, considering President Obama once proudly declared that his White House was the ‘most transparent administration in history.’

To put it in perspective, President Obama’s administration is so ‘transparent’ it has set a new record for denying Freedom of Information Act requests.

The White House censored or denied access to government data 39 percent of the time, more often than ever before—and when officials did hand over information, it took them longer to do so, particularly if the files might be newsworthy. Over the past six years, the number of FOIA requests that were granted speedy processing statuses fell from almost 50 percent to less than one in eight, AP said.

The Obama administration not only rejects access to documents, but often sidelines reporters on numerous occasions. In addition to the above mentioned snub, the president also blocked media coverage at a fundraiser at former Costco CEO Jim Sinegal’s Seattle home, as well as an historic meeting with Apollo 11 astronauts Buzz Aldrin and Michael Collins.

Denied access is nothing new for journalists in Obama’s White House. Back in November 2013, journalists decried the White House’s strict press rules and some even told the press to reject official photos and videos from the White House as “government propaganda.”

Freedom of the press is just as important as those other liberties listed under the First Amendment. It’s true Americans have reason to be wary of the media, yet they should still be able to rely on journalists to provide important useful information and keep our politicians accountable. They can’t do that if the president doesn't let them.

With just under two years left of Obama’s White House, it may be too late for anything to significantly change, so hopefully the WHCA’s press freedom guidelines makes it to the next president’s desk. That is, unless this administration puts it in the same drawer as those FOIA requests.