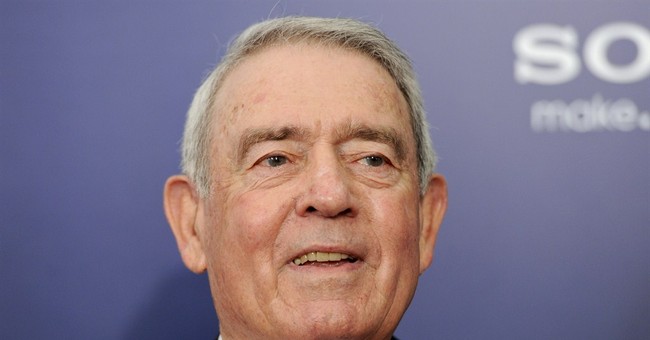 Think you can never trust Brian Williams again? Rest assured, because one of his fellow media personalities has (boldly?) come to his defense.

Williams is currently facing backlash from angry Americans after he lied about flying in a plane in Afghanistan in 2003 that had been forced down by an RPG. He even dared to say he had been afraid for his life. This week it was revealed that his story was completely false - he wasn't in the targeted plane. Soldiers who were there quickly debunked Williams’ account and media outlets and pundits alike have mercilessly criticized Williams for his fib.

Nevertheless, he can still count on at least one cheerleader. Here’s what Dan Rather had to tell Politico about his friend:

"I don't know the particulars about that day in Iraq," Rather told POLITICO. "I do know Brian. He's a longtime friend and we have been in a number of war zones and on the same battlefields, competing but together. Brian is an honest, decent man, an excellent reporter and anchor--and a brave one. I can attest that -- like his predecessor Tom Brokaw -- he is a superb pro, and a gutsy one."

He’s right. It took a lot of “guts” to make up that story in such detail. Oh, and he’s also right when he said he wasn’t sure about the particulars, because neither was Williams.

Rather may think his opinion matters, but the only problem is, he also has a history of lying to his audiences. Back in 2004, "Rathergate" was born when the CBS News anchor tried to convince his viewers that President George W. Bush had severely failed to obey orders while serving in the National Guard. After it was clear that CBS had failed to authenticate the documents they had obtained, Rather was forced to retract the story. A year later, he retired from the network and has more or less fallen into oblivion as anchor of “Dan Rather Reports” on AXS.

It was a classic case of a liberal media personality desperately trying to pursue a farfetched story in order to try and slander a Republican.

And oh yeah – he never apologized. As of 2012, Rather is still standing by the story.

Now the question is, will Williams feel the need to leave his comfortable spot in front of the camera as well? Or, maybe even be fired?

Well, you know what they say: Birds of a feather…