Report: Planned Parenthood Has Performed Almost 1 Million Abortions in the Past Three Years 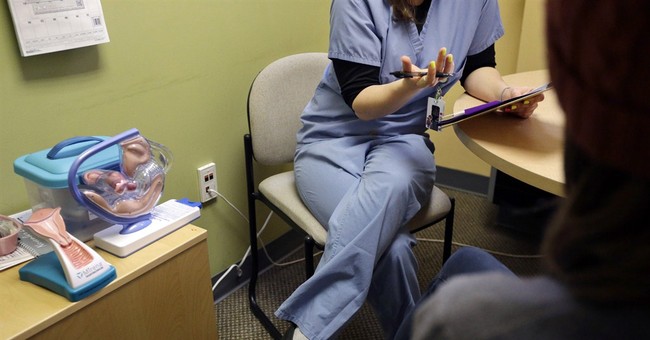 It's become the worst time of the year: the moment Planned Parenthood releases its annual report. This year, the newly released documents reveal that the 'women's health' organization decreased most of its services in the past year. Cancer prevention, prenatal care and adoption referrals, for instance, were slashed by 17 percent, 4 percent, and 14 percent, respectively. But, one of its most lucrative procedures, abortion, is still going strong.

Planned Parenthood’s cancer prevention services are down 17% over one year, and contraceptive services dropped by 4%.

As you can see, those 'women's health' services Planned Parenthood brags about are disappearing more and more every year, as it becomes clear the business is focused on living up to its Big Abortion title. There's no denying it's a lucrative service; Fifty-one percent of its annual clinic revenue comes from abortion.

The organization tries to claim that only 3 percent of its services include abortion. Yet, LifeNews explains why this is a gross miscalculation used to mislead others. For one, Planned Parenthood is the largest abortion provider in the country, performing 40 percent of all abortions.

Oh, by the way, you're footing the bill for that. Almost 41 percent of Planned Parenthood's revenue is provided by taxpayer funding.

In case you need anymore reasons to dislike this organization, read these 10 truths.

Each year their reports come out, we are again reminded of Planned Parenthood's true agenda. Not even they can sugarcoat these very tragic numbers.