Why Mark Begich is Refusing to Concede 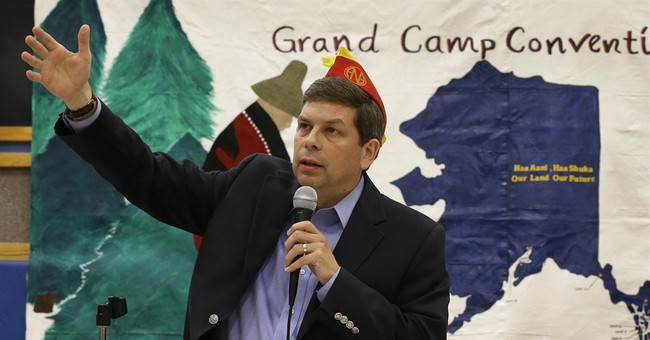 Alaska Democratic Senator Mark Begich is counting on votes that are not yet counted in the Last Frontier’s Senate race. One hundred percent of the precincts are in and Begich’s GOP challenger Dan Sullivan is currently in the lead by 8,000 votes. But, the incumbent Democrat is insisting that more rural votes could change the outcome.

ABC News has the specifics:

According to Gail Fenumiai, the director of the Alaska Division of Elections, there are 23,271 early and absentee ballots deemed eligible for counting. These are already received and reviewed as eligible. They sent out another 12,541 absentee ballots and if postmarked by November 4th, ballots can arrive legally 15 days after the election and still be properly counted. Of course, they have no idea how many of those will be returned.

Because of these yet-to-be-tallied votes, Begich's campaign manager Susanne Fleek-Green said her boss is in it for the long haul:

She said Begich would make a statement on the race only after “counts arrive from the seventy outstanding villages and when the number of outstanding absentee and questioned ballots is clear.”

Sullivan’s campaign, however, is claiming that Begich is “clinging to votes that don’t exist.” Several news outlets appear to agree with them. The Alaska Dispatch News, for instance, says Begich faces “daunting math” to overcome the deficit and the Alaska Public Radio Network asserted the incumbent’s decision to stay in the race is based on an “implausible hypothetical resurgence.”

Nevertheless, Begich doesn’t seem to be backing down. This race may not be called for weeks.