Wow: Abortion Rate in DC is Twice the National Average

The unfortunate headline comes from LifeNews, which also provides an answer to the question, why?

The District of Columbia has no waiting periods and no limits on abortion. Abortions are legal for any reason throughout pregnancy, even the third trimester. The result is shown in the District’s grave abortion statistics. A staggering 41 percent of pregnancies end in abortion, which is twice the national average.

For visual confirmation, take a look at this graph from the Guttmacher Institute, which follows our country's abortion rates from the past two decades. 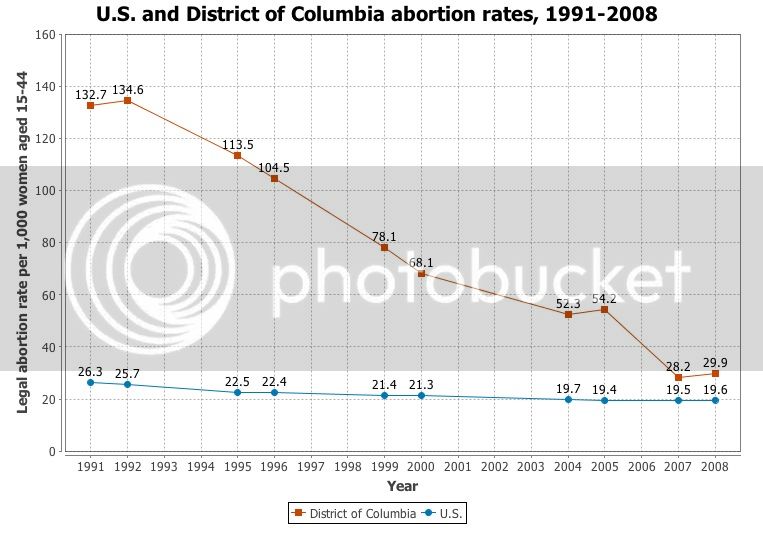 A tragic trend indeed. What does it say about our country when, while other states such as Texas and North Dakota are passing life-giving legislation, our nation’s capital continues to be a main source of inhumanity?

It’s news like this that make some question the "sweetness" of our land of liberty.