A Conservative Defense of Affirmative Consent 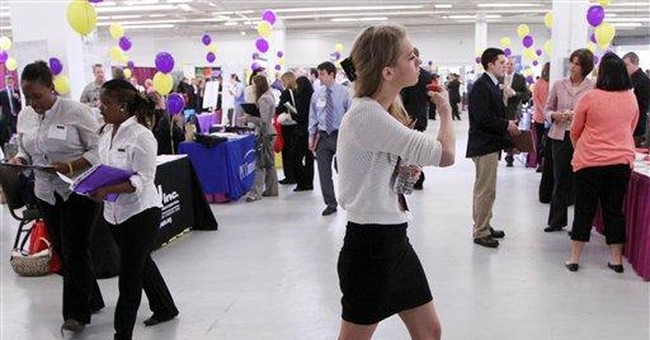 Ramesh Ponnuru again has written a strong case against California's new Affirmative Consent law. But before responding to his refined objections, some other conservative critiques need to be addressed.

Some conservative writers have described the law as an attempt by liberals to get "the state" to start "regulating sex." This is a bit dramatic at best.

To the extent that "the state" is involved at all (and really it is not, these are all civil proceedings held by colleges, not courts) sex is already "regulated." Colleges already have student disciplinary systems that handle sexual assault cases. This law doesn't change that. All this law does is alter one element required for a sexual assault charge and shift the burden of proof to a "preponderance of the evidence" standard.

Will this put more college men at risk of being expelled or suspended from school for sexual activity with women? Yes.

Is that necessarily a bad thing? This is where Ramesh and I have what appears to be a perfectly normal difference of opinion on the likelihood of the risks involved.

Ramesh seems to be believe: 1) the law will have little effect on male behavior; 2) men in committed relationships are just as much at risk of false accusations as men who sleep around; and 3) "there will also be a big cost in unfairness to individual men who are kicked out of school and labeled sex offenders for engaging in behavior that a) doesn’t merit that response and b) does not typically receive it."

Addressing these in order, I am probably slightly more optimistic than Ramesh is that the law will change male behavior on the margin. But I am no where near as confident as some of the laws most vocal liberal supporters, so point taken.

I do, however, believe that men in committed relationships will face far, far less risk of false accusation than men who sleep around.

First, if you are in a committed relationship there is very little chance each new amorous encounter with your partner will result in hard feelings either way. But if you are constantly switching partners, each new pairing is a roll of the dice. You have no idea how each woman will react the next morning. If you sleep around there are simply way more opportunities for things to blow up in your face.

Second, I don't believe Ramesh is correct when he says, "under the new law having been in [a committed relationship] does not help establish that a sexual encounter was affirmatively consensual."

Here is what the law actually says, "The existence of a dating relationship between the persons involved, or the fact of past sexual relations between them, should never by itself be assumed to be an indicator of consent."

As to Ramesh's final concern, there is no doubt that certain men will face an increased risk of a "big cost" for sexual encounters gone bad. But I do not believe they will be "labeled sex offenders," which makes it sound like they will be added to the sex offender registry, which is definitely not true.

On the other hand, I can think of plenty of fact patterns that would not fit the criminal definition of rape that I do think could still merit a suspension or expulsion. I do not care if these behaviors "typically" are not punished now. Many of them should be.

Bottom line, I just do not see a meaningful increase in risk for men who are in committed relationships, while I do think the law would put a small but meaningful dent in the number sexual assaults that are naturally bound to happen as long the hook up culture is prevalent on college campuses.