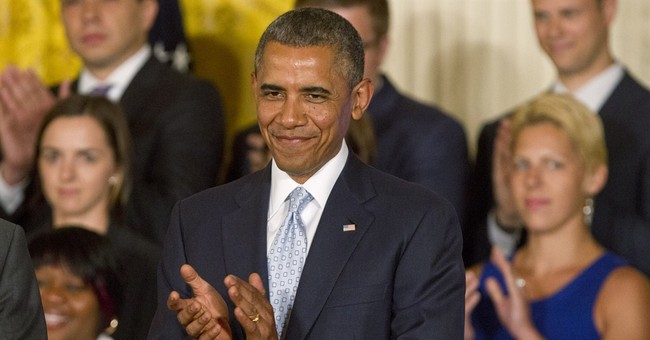 President Obama will make his Tumblr debut today at 4 p.m. to answer questions about higher education. His comments will be centered on the issues of college affordability and the reduction of student loan debt.

“Getting a higher education is the single-most important investment students can make in their own futures. At the same time, it’s never been more expensive. That’s why since taking office, the President has made historic investments to make college more affordable – and it's why he's inviting you to join a conversation about the issue. Starting today, you can submit questions for the President at ObamaIRL.tumblr.com.”

This is a clever tactic for the president to connect with young adults, many of whom face years of payments to cover their higher education. After all, over 40 percent of Tumblr’s users are between the ages of 18 and 34. Obama has used the similar strategies before with social media, using Google+ Hangouts and Twitter chats to connect with users.

Obama will likely discuss his Monday executive order to cap student loan payments at 10 percent of borrowers’ monthly income. The president’s administration hopes to have this amendment in place by December 2015.

Another possible topic is Obama’s support for a bill due to hit the Senate floor Wednesday from Sen. Elizabeth Warren (D-MA). The president is set to speak to Congress about his support for the bill, which would allow students to refinance both public and private debts at a lower interest rate.

I hope Obama doesn’t make too many promises as far as this proposal goes, since it’s unlikely this bill will pass either house, due to its implication strategy. If passed, the bill would cover the refinancing cost by increasing taxes on the wealthy. Many House and Senate Republicans will immediately balk at this provision.

While Warren’s initiative is going to sound attractive to students and former students checking in to Obama’s live stream tomorrow, it is not the responsibility of the wealthy to finance portions of the debt incurred by the nation’s college graduates. Another thing Obama will probably fail to mention: though Warren’s bill would expect a $22 billion reduction after 10 years, it would incur $19 billion more in deficits at first.

Sounds like a lot of unnecessary spending just to penalize the wealthy for student loan relief - but I doubt Obama will get to all that in one Tumblr session.