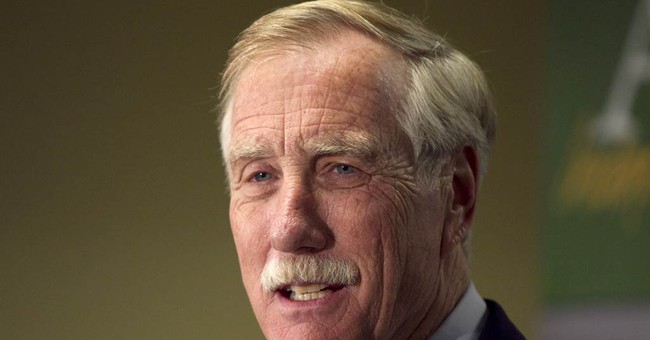 Sen. Angus King (I-ME) announced today in a video that he has been diagnosed with prostate cancer and will undergo surgery at the end of this week to remove the cancer. The condition was discovered at an annual check-up earlier this spring and was found early. He is expected to make a full recovery.

King also said that he plans to run for re-election in 2018, saying that people will see him "on the campaign trail in a couple of years" and that his "poor little prostate won't be along for the ride."

This is King's second battle with cancer. Forty years ago, he was diagnosed with an aggressive form of skin cancer that he beat "within months."

Best wishes for a speedy recovery!