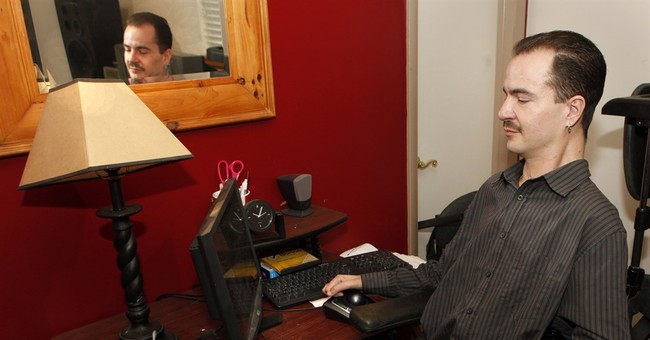 Colorado's Supreme Court ruled unanimously today that employers have the right to fire employees who smoke marijuana outside of work. The 6-0 ruling was an affirmation of a lower court's ruling that DISH Network legally fired Brandon Coats, a quadriplegic man with a medical marijuana card who smoked to control his muscle spasms. Marijuana is legal for both recreational and medical uses in Colorado, although businesses are permitted to create their own policies regarding employee use of the drug.

Marijuana remains illegal on the federal level, but the Justice Department said that they do not plan to pursue legal action against states which have passed laws legalizing the drug.

When the case went to the Colorado Supreme Court, legal observers said the case could have significant implications for employers across the state.

They also noted that the ruling could be precedent-setting as Colorado and other states wrangle with adapting laws to a nascent industry that is illegal under federal law.

As such, the question at hand is whether medical marijuana is "lawful" under the state's Lawful Off-Duty Activities Statute.

That term, the justices said, refers to activities lawful under both state and federal law.

"Therefore, employees who engage in an activity such as medical marijuana use that is permitted by state law but unlawful under federal law are not protected by the statute," Justice Allison H. Eid wrote in the opinion.

While I respect the right of a company to set its own policies, the action taken by DISH in this case seems to be a little over the top. Zero-tolerance policies can and do backfire. Simply having the presence of THC (the chemical component in marijuana that creates the high) in your system is not indicative that someone is impaired. THC can remain in a person's system for over a month with no effect. Coats had no previous disciplinary issues and used marijuana legally in accordance with state law. It seems rather silly and contradictory to fire someone over legal marijuana use (which creates a psychoactive high in a person) yet allow someone who uses painkillers (which also create a form of high and have a high tendency for addiction) to keep their job. I'm not saying that everyone on painkillers should be fired--but these policies should be applied more holistically than in this case.