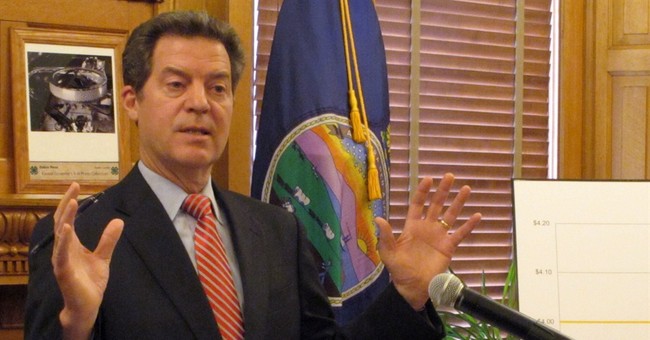 Kansas Governor Sam Brownback (R) signed into law yesterday a bill that would ban the use of the dilation and evacuation (D&E) abortion technique that is commonly used in the second trimester of pregnancy. Kansas is the first state in the nation to ban this procedure.

Proud to sign SB95 protecting life at its most vulnerable stage with bipartisan support from #ksleg. pic.twitter.com/BFHmNM1FnI

According to WebMD, a D&E abortion is as follows:

D&E usually takes 30 minutes. It is usually done in a hospital but does not require an overnight stay. It can also be done at a clinic where doctors are specially trained to perform abortion. During a D&E procedure, your doctor will:

Similar to the coverage of the ban on partial-birth abortion, the Associated Press is refusing to describe what actually occurs during a D&E abortion, instead choosing to say that "critics" refer to the procedure as "dismemberment." Given that "dismemberment" is defined as "to deprive of limbs; divide limb from limb; to divide into parts; cut to pieces; mutilate." Given that forceps are used during a D&E abortion to "grasp larger pieces of tissue" and remove them from the uterus, this would appear to fit the definition of "dismemberment."

It doesn't do anyone favors to try to hide what actually happens during an abortion.