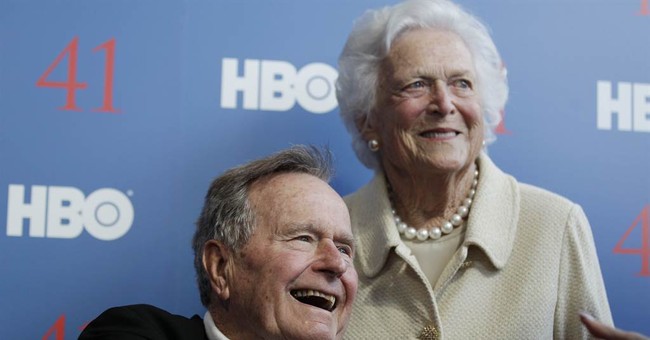 Former Florida Governor Jeb Bush (R), who announced in December that he is "actively exploring" the idea of running for president in 2016, has gained an additional new supporter: his mother.

The former Florida governor was speaking at a benefit for the Barbara Bush Foundation in Florida Friday when the former first lady surprised the audience by appearing on a big screen at the event, according to CNN.

The two joked about her previous remarks, and then the elder Bush told her son, "our problems are so big that it doesn't matter what your last name is in America, if America needs you for as long as you can help."

The former first lady had consistently voiced her displeasure with the idea of another member of her family serving as president. Just last month, she said that while she's certain Jeb is a capable leader, there are "other families" and "other wonderful people" who are fully qualified to serve as president.

This election season keeps getting stranger, and it's barely just begun.