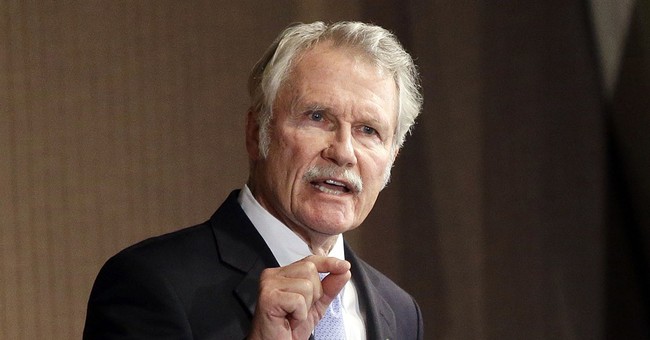 The rumor mill is abuzz that Oregon Gov. John Kitzhaber (D) is on the brink of resigning following an investigation of himself and the state's first lady regarding a variety of ethics violations.

As Secretary of State Kate Brown cut short a trip to Washington, D.C. to return to Oregon Wednesday, reports swept Salem that Gov. John Kitzhaber was preparing to resign.

The governor's office did not respond to requests for comment but made no attempt to tamp down a series of reports that Kitzhaber was getting ready to leave office amid controversy over fiancee Cylvia Hayes' consulting contracts and how he and his aides handled them.

Brown's spokesman, Tony Green, also pointedly did not say why she was returning early to Oregon, further fueling speculation. Agency heads were also reportedly being summoned Wednesday to the governor's office.

Rudy: I’ve been set up, all I did in the Borat scene was tuck my shirt in
Hotair
Hillary Clinton Delivers the Kiss of Death to the Biden/Harris Campaign With One Tweet
Redstate