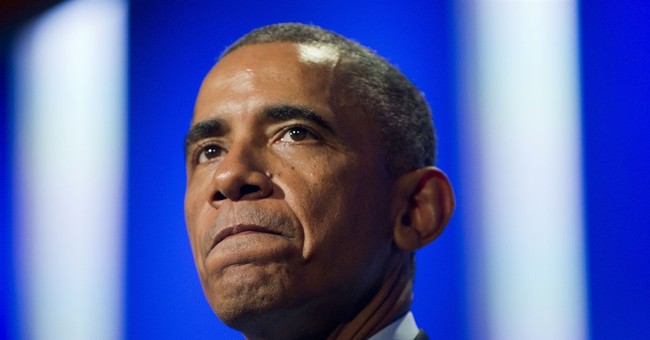 Our Commander-in-Chief saluted a member of the Marine Corps today while clutching a coffee cup:

Per the U.S. Military Protocol Saluting, a salute should be performed as follows:

Execution of the Hand Salute is performed as follows: "the right hand is raised smartly until the tip of the forefinger touches the lower part of the headdress or forehead above and slightly to the right of the right eye, thumb and fingers extended and joined, palm to the left, upper arm horizontal, forearm inclined at 45 degrees, hand and wrist straight; at the same time turn head toward the person saluted. To complete the salute, drop the arm to its normal position by the side in one motion, at the same time turning the head and eyes to the front".

It has been said that a sloppy salute is worse than not saluting at all.

This isn't the first time Obama has run into an awkward situation saluting a Marine. Last year, Obama made headlines when he shook a Marine's hand instead of saluting him.

It's been nearly six years, Mr. President. Figure it out.