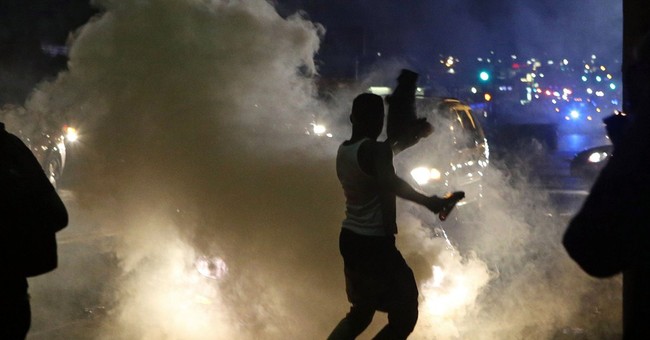 Huffington Post reporter Ryan J. Reilly made an unfortunate mix-up on Twitter while reporting about the events in Furguson, Missouri:

I believe these are rubber bullets, can anyone confirm? #Fergurson pic.twitter.com/iCsFi6qoIa

Twitter was quick to inform Reilly that the items pictured were in fact a rather innocuous collection of ear plugs, not rubber bullets. Still, despite Reilly's correction and retraction of the tweet, other Twitter users were quick to pounce on other things they'd like to be "confirmed."

I believe this is a portable military-style detention facility. #CanAnyoneConfirm? pic.twitter.com/WwztarlN88

I believe this is a taser. Can @ryanjreilly confirm? pic.twitter.com/1e7jObLG1H

This looks like a detonation device. Not sure though. #CanAnyoneConfirm pic.twitter.com/Y0FHQVIOuX

One thing that can most certainly be confirmed is the hilarity of mixing up ear plugs for rubber bullets.