MSNBC: Facebook a ‘Frankenstein Monster’ Must Be Shut Down to Stop Russia Hacking 2018 Elections 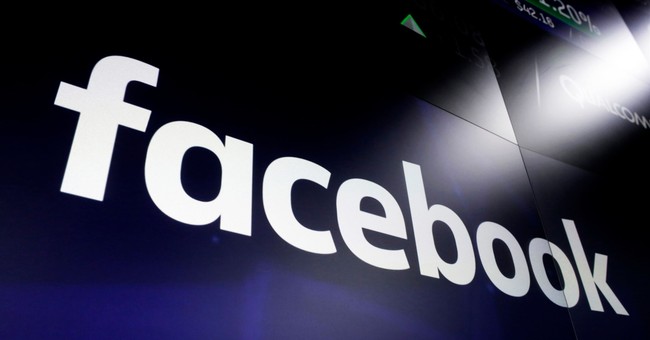 MSNBC host Stephanie Ruhle has openly called for Facebook to shut down its giant social network twice this week and has even suggested that Congress might need to step in and muzzle the site and its users due to fears that Russia will once again “hack” the 2018 elections in favor of Trump and the Republican Party.

On MSNBC’s Tuesday night broadcast of the “11thHour” with disgraced former NBC Nightly News anchor Brian Williams, Ruhle told viewers that Facebook CEO Mark Zuckerberg has created a possible “Frankenstein…monster” threat that must be curbed. Although she focused on the idea that Facebook should voluntarily shut itself down, Ruhle also lamented that Congress (i.e. “the Hill) has done nothing to “regulate” the social network [transcript from NewsBusters, emphasis mine]:

“I'm not going to feel bad for Mark Zuckerberg. This is the world he created, and maybe it's a Frankenstein. Maybe he created a monster.And yes, it is extremely difficult to corral it, and Facebook is bringing in all sorts of allies and partners and the FBI to address this. But nobody's crying for Facebook here… [T]hese cyber-attackers never went anywhere. They were there before the 2016 election. They remain there today.

“And while it's our gargantuan problem, Facebook has a gargantuan amount of money to address this. And with Facebook not being regulated, you can say all day long if people on the Hill are united in their condemnation of Facebook, but they're not forcing Facebook to do anything or regulating them to do anything.Facebook could shut it down tomorrow until they have this thing solved.”

When Williams followed up to clarify what Ruhle would shut down on Facebook to stop Russian influence on American elections, she clarified that she wanted to take the entire site down due to the proximity of the upcoming midterms [emphasis mine]:

WILLIAMS: What would you shut down, though? I mean, there are pages going up tonight that look innocuous and have just a slight tilt to them that only a trained eye like Robert would see as being Russian in their derivation.

RUHLE: Brian, you could shut down Facebook. You could say, we don't understand the monster we’ve created. We're 98 days away from the midterm elections.And to Cheryl Sandberg's point, they don't even know where this is coming from. Knowing the threat it is to our American democracy, do you really need to look up, you know, what your ex-boyfriend is doing these days and where he is going on summer vacation?Maybe not. Not until we address what the exact problem is here. It's not like Facebook doesn't have the money to do it.

On Wednesday, when Ruhle returned to hosting her regular 9 AM slot on “MSNBC Live,” she doubled down on her support for shutting down Facebook and compared alleged Russian influence operations to “contaminated aspirin” tablets that would need to be recalled by a pharmaceutical company. Ruhle made the comparison in an exchange with CUNY Graduate School of Journalism professor Jeff Jarvis, who himself expressed skepticism that Ruhle’s draconian response of shutting down Facebook was justified:

RUHLE: Jeff, I got to go to you first, if I ran Beyer Aspirin, and there were a few bottles of contaminated aspirin somewhere around the country, you know what I would have to do, pull every bottle off the shelves until we figured it out.

JEFF JARVIS: So you’re saying that Facebook should take all the contents of everybody off the shelf? I don’t think so.

RUHLE: So I’m asking why shouldn’t they?

JARVIS: Because most of what happens on Facebook is good. It’s cats, it’s OK.

RUHLE: Most of the aspirin that are out there in bottles across grocery stores are OK.

JARVIS: But look for your feed and tell me where you find the Nazis. The thing is here, Stephanie, we have to switch around. Facebook did finally get its act together. Facebook is our best ally in this fight. We have the head of DHS saying, whistling past the Kremlin saying, “Oh, I don't see any Russian stuff going on.” Facebook is our best defense, that's where we are. So, they are --

RUHLE: They took ad dollars from these outside influencers.

JARVIS: They take ad dollars from a lot of people. And so do media companies and so do all of us.

Ruhle is not alone in her desire to curb political information shared on Facebook. Among the loudest voices for such regulation on the Hill is Senator Mark Warner (D-VA), who just this week published a white paper outlining several proposals to combat the spectre of Russian election interference, including (but not limited to) requirements for social networks to authenticate users’ true identities, find and label so-called “bot” accounts, disclose the funding sources of all political advertisements, and crack down on defamatory content and posts with fake information or else face lawsuits at the state level.