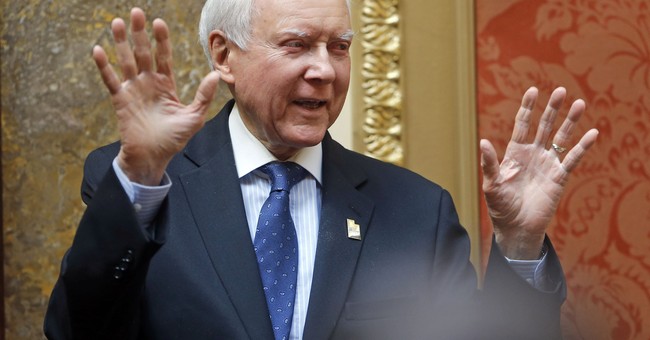 Politicos on both sides of the aisle have talked about Sen. Elizabeth Warren's (D-MA) DNA test results throughout the day. After all, the fact that she might be 1/1,024th Native American is mind-blowing. But, remember, she really touts herself as a "minority."

Republicans saw through her act right from the beginning. Everyone wanted to see DNA test results for how long? Months? Years, even?

Once it was finally released, everyone harped on her, including Sen. Orrin Hatch (R-UT). He took to Twitter to mock her DNA test. All I can say is... Well played, Senator. Well played.

These DNA tests are quite something. pic.twitter.com/tCHmW7pJbj

Even Democrats liked what he said (probably because Warren's hypocrisy is VERY strong). And you know she's in deep doo-doo when her own party is laughing at her.

Okay I’m a Democrat...but even I admit this is pretty funny...

True minorities – those who are second and third generation – should be really upset with people like Warren who abuse the system and try to gain cheap points with voters.

Politicos see through Warren's lies. The question is will her constituents?