Update: Texas Waiter Reportedly Made Up Story About Racist Note from Customers 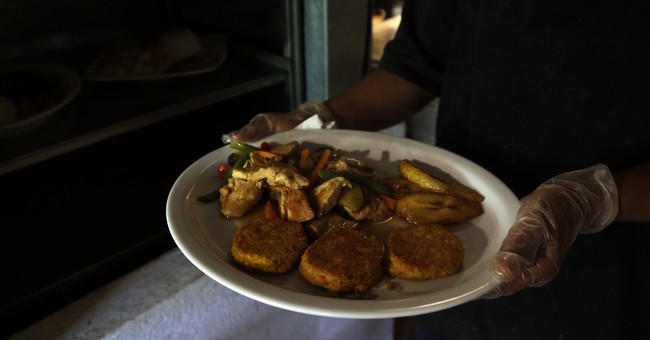 Update: The restaurant is now reporting after further investigation that the waiter Khalil Cavil made up the story about the racist note.

While waiting tables at a Saltgrass Steakhouse restaurant in Odessa, TX Saturday, a male server claims he received a racist note with no tip from a customer.

“We don’t tip terrorist,” the note appears to read.

“Last night at work I received this note from one of my tables,” Cavil wrote in a Facebook post.

“At the moment I didn’t know what to think nor what to say, I was sick to my stomach. I share this because I want people to understand that this is racism, and this hatred still exists. Although, this is nothing new, it is still something that will test your faith.”

Cavil told reporters that because of his name people have incorrectly assumed he was of Middle Eastern descent.

“My dad was in the military and a buddy that he was very close to, served with him… Khalil was killed in an accident and so my dad just named me after him, one of his best friends,” he said.

Cavil, who plans to attend Dallas Baptist University, wrote that he is going to use this experience as a chance to learn.

“All day I’ve had to remind myself that Jesus died for these people too. I have decided to let this encourage me, and fuel me to change the world the way I know how. So to all the haters out there, keep talkin, your only helping me step into my destiny!”

According to a study conducted by academic researchers at California State University San Bernardino and West Virginia University, the number of hate crimes in the United States has risen in recent years, particularly in the nation’s 10 largest cities.

“The six most frequently targeted groups in 2016, according to the FBI, were African-Americans; lesbians, gays and bisexuals; whites; Jews; Latinos; and Muslims,” the study said.

However, critics also argue that uncivil actions perpetrated against individuals can potentially hurt future elections and the “overall health of democracy.”

“Over the long term of course the goal is repairing democracy and diminishing intolerance and for this promoting cross-cutting cleavages within civil society and political organizations is absolutely necessary,” writes Sheri Berman, a professor of political science at Barnard College, Columbia University.

“Is our ultimate goal ensuring the compatibility of diversity and democracy? Then promoting the overlapping interests and identifications that enable citizens to become more comfortable with difference and thus more tolerant and trusting, is absolutely necessary,” Berman concluded.

The restaurant company’s COO, Terry Turney told Fox News that in light of the recent incident, they will continue to support Cavil.

“We stand by and support our employee. Racism of any form is unacceptable and we have banned this customer from returning to our establishment,” Turney said.