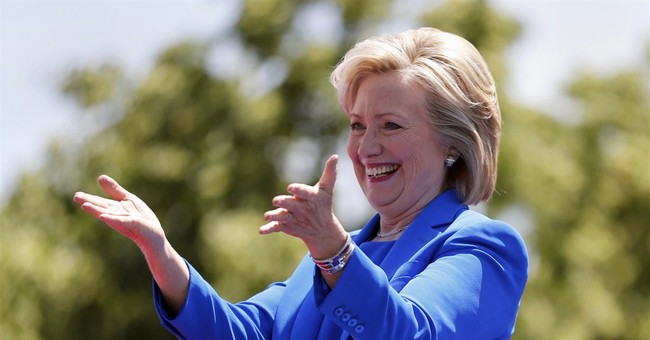 Two companies that are connected to the Clinton Foundation are being investigated by the Department of Labor for illegally replacing American workers with cheap foreign labor.

From the Washington Free Beacon:

The Department of Labor announced on Thursday it was investigating Tata Consultancy Services and Infosys for allegedly forcing American IT workers to train foreign workers before being laid off. Some of those employees allege that their employers replaced them with the immigrants who were in the country on temporary visas.

The Labor Department is investigating whether or not the companies abused the H-1B program, which grants temporary visas to fill highly-skilled jobs that employers claim are not adequately filled by American workers. The law requires that companies take “good faith steps to recruit U.S. workers” and “has not displaced a U.S. worker at the time of filing an H-1B visa petition,” according to the department.

The investigation was announced on Thursday by a bipartisan group of senators.

“We’re pleased to hear that the Labor Department is taking a first step to stanch this tide of visa abuse,” Sen. Jeff Sessions (R., Ala.) and Sen. Dick Durbin (D., Ill.) said in a joint statement. “A number of U.S. employers, including some large, well-known, publicly-traded corporations, have laid off thousands of American workers and replaced them with H-1B visa holders.”

Good to see some common sense bipartisanship for once.

These two companies put some serious dough into the generous, squeaky-clean charity that is the Clinton Foundation:

The two companies have been generous supporters of the Clinton Foundation, contributing between $35,000 and $50,000. Clinton’s ties extend beyond foundation donations. As a freshman senator from New York, Hillary Clinton praised TCS for setting up operations in upstate Buffalo, N.Y. When confronted by talk show host Lou Dobbs about the costs of outsourcing, she defended TCS for bringing 10 new jobs to New York State.

“They’ve actually brought jobs to Buffalo. Outsourcing does work both ways,” she said. She later told Indian officials, “we are not against all outsourcing.”

TCS and Infosys aren’t the only shady players in the Indian community with close ties to the Clinton family. She received thousands of dollars for her campaign from imprisoned former Goldman Sachs honcho Rajat Gupta. Gupta, a major player in one of the largest insider trading busts in history, hired Chelsea Clinton for a six-figure position upon her college graduation.

Can anybody say quid pro quo?

For starters, this is the height of hypocrisy. The Clintons and their ilk on the left have been railing against companies outsourcing jobs to foreign countries for cheap labor for years. But of course, when their buddies benefit, it's A-OK.

Also, the Clintons should get a new circle of friends. In addition to these crony companies, there's Bill's perverted friend Jeffrey Epstein as well as the corrupt Dr. Melgen.

You know what they say: birds of the same feather flock together.

And just a friendly reminder: should Hillary be president, all these cronies will have access to special favors. It's how the Clintons roll.