DEBUNKED: 5 of the Most Pervasive Hunting Myths Unraveled 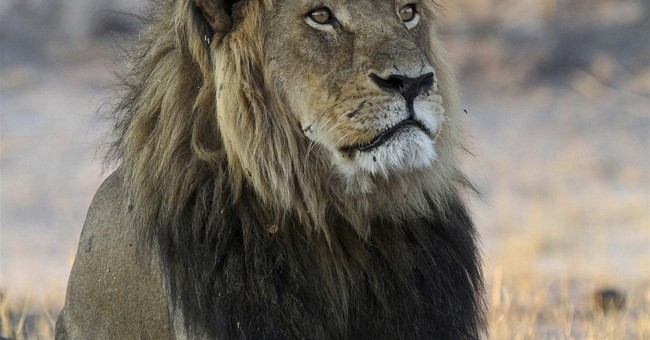 Recently, Donald Trump ordered a further review of the current ban on the restriction of imports of pelts from legally taken elephants and lions by American hunters in Zambia and Zimbabwe. Next to the President himself, there are very few issues more divisive than that of hunting, especially species like elephants, rhinos, lions, and leopards.

The American public, to even include many hunters, lacks the most basic of knowledge when it comes to wildlife management, especially in places like Africa. Many opinions are formed predominantly by Disney movies and internet memes, which give animals human characteristics and never reveals their brutal nature. Most Americans are completely removed from ranching and agriculture and have little to no idea how their food is produced. Since it is illegal in the U.S. to sell wild game, few have consumed any meat other than poultry, beef and pork, and therefore assume nothing else can or should be eaten. Their meat comes to them neatly packaged in a grocery store, and they know little to nothing about the process of it getting there.

In North America, many species were driven to the brink of extinction by commercial hunting. Buffalo, moose, elk, and deer have all made substantial recoveries due to the adaptation of the North American Model of Conservation - a hunter-driven model financed predominantly by the Pittman Robertson Act and hunting license revenues. The Pittman-Robertson Act places an 11% tax on the sale of firearms and ammunition, which in turn provides funding for state wildlife agencies among other things. As a result, America has enjoyed a science-based management of wildlife resources, which - with a few exceptions - has done an excellent job of increasing wildlife populations to sustainable levels.

One glaring exception has been the reintroduction of prolific predators that have decimated wildlife in certain ecosystems. I have faith that this, too, will be rectified through good science, and predators will be controlled to their proper levels.

Here are some common myths shared among some hunters and non-hunters alike.

Myth #1: The following species are endangered and should not be hunted: lions, elephants, rhinos, leopards, bears.

Take the rhino which has five species, for example. Three rhino species are critically endangered and one is listed as vulnerable. The white rhino, which is hunted, is listed as near threatened. In cases where these animals are allowed to be hunted, they are removed under the very close guidance of wildlife managers who are intent on culling older, non-productive animals, which, among other things, consume limited habitat for younger animals. Additionally, they may restrict the breeding capacities of the herd by keeping young, more productive males at bay. Although ominous sounding, the category “Near Threatened” means that the species is at risk, which is usually because of a loss of habitat. In areas where habitat is limited, hunting is necessary to maintain a healthy, sustainable population.

Suffice it to say that if a species is allowed to be hunted in an area, it is NOT endangered. There may be other species within the larger category that are endangered, but that does not mean that every species in the category is. Many Asian species (elephant and rhino) are listed as endangered or worse, while their African counterparts maintain sustainable populations. To claim someone is hunting an endangered species is patently false unless, of course, they are poaching. Even "Cecil the Lion" was killed legally despite initial claims to the contrary.

While not necessarily kosher or to everyone’s liking, essentially all animal flesh can be consumed given that it is cooked properly destroying any bacteria or parasites that might be present in the meat. Legally hunted elephants are given to local African tribes who either consume or utilize the entire animal. Unfortunately, poached animals - specifically elephants - are left to rot once the tusks are removed. In some places, eyes, brains, and entrails are considered delicacies and are readily consumed before other parts of the carcass. It is the definition of ignorance to suggest or assume that “trophy” hunted animals or any other hunted animals are not entirely consumed.

While it may seem counterintuitive, the best way to ensure a species’ survival is to allow some type of controlled hunting. To give an animal economic value is the surest way to guarantee its survival. The quickest way to assure its destruction is to remove that value. An old adage in the conservation world is that “if it pays, it stays.”

The Scimitar Horned Oryx is listed as “extinct in the wild” yet abundant populations do exist. Where they exist and why they exist might surprise you. They are abundant on game ranches in Texas where they are allowed to be hunted. They are nearly extinct in their natural habitat. That’s right. The only sustainable populations of this animal that exist in the world are on private ranches in Texas where they are allowed to be hunted at a substantial price. That price makes them much more valuable to ranchers versus cattle, sheep, or other domesticated livestock. As a result, the “rancher” has a much larger incentive to ensure healthy populations exist. Once that economic value is removed, there is no incentive to keep the animal around beyond altruistic reasons. "Sixty Minutes", not exactly a bastion of conservative thought, actually did a fair report on this topic.

Elephants and lions in Africa are no different. Sport hunting places extreme economic value on the animals ($30-$50,000). If that value is removed, they are nothing more to the locals than food and a nuisance, then becoming targets of poachers. Imagine how free-roaming elephants would go over in any major city in America. Does anyone think that Africans should be more tolerant when it comes to their own livelihood or safety? When overpopulated lions use the grade school as their fast food establishment of choice, they disappear pretty quickly.

In places where hunting was banned years ago, like Kenya, elephant populations have declined by an estimated 70 percent or more. Yet, in places like Namibia or South Africa, large sustainable populations exist of most native African animals with few exceptions. Even the exceptions are more abundant there than in places where hunting has been outlawed altogether. The contrast is too convincing to ignore. No reasonable conservationist could come to any other conclusion but that modern commercial hunting is good for wildlife populations.

Don’t take my word for it. Dr. Rosie Cooney, Chair of the IUCN's Commission of Environmental, Economic and Social Policy Sustainable Use and Livelihoods Specialist Group, stated, “There's only two places on earth where wildlife at a large scale has actually increased in the 20th century, and those are North America and southern Africa.  Both of those models of conservation were built around hunting." She's referencing places like Namibia and South Africa where sport hunting is predominant and species thrive versus places like Kenya where hunting is banned and animal populations have decreased to levels from which they may not recover.

Myth #4: Trophy hunters just take the head and leave the rest of the animal to waste.

This is probably the biggest fallacy both inside and outside of the hunting community. If a poll were taken asking respondents if they were for “the selective science-based culling of mature animals in order to maintain a hybrid vigor among animal populations”, the majority of respondents would probably support the notion. However, if you asked the respondents if they were in favor of trophy hunting, most certainly, the majority would answer in the negative. They are one in the same.

“Trophy animals” are simply mature representatives of a species. Most often these animals are either beyond their breeding age or in decline. Culling these animals from the herd allows younger animals to thrive and increases the population of the species more rapidly. Consider the breeding desires of young adults versus adults over 50. It’s as simple as that. Take the older, protective bull out of the picture, let the young stud loose with the “girls” and watch the population explode. (I’m talking animals here, of course.)

A ”trophy” is nothing more than the removal of the cape (skin) and horns/tusks/antlers of an animal for preservation by taxidermy. It’s a lasting memento of the hunt. This does NOT mean that the rest of the carcass is discarded. It would be a very rare exception where a hunter left the rest of an animal to rot. This is referred to as wanton waste, and is illegal in most locations. It is considered unethical among hunters, including “trophy” hunters. One exception might be where animals are overpopulated and considered destructive like wild hogs. Another example might be where one animal might be used as bait for another. Beyond that, with few exceptions, all animals are consumed, even those killed by “trophy” hunters.

Just because an animal is restricted from “trophy” importation does not mean that it is not hunted - or worse yet, poached. Probably the most egregious example of this was the culling of 200 lions by game officials in the Bubye Valley Conservancy in Zimbabwe after the “Cecil the Lion” incident. Trophy restrictions went into effect due to the backlash against hunting lions, and American hunters ceased hunting lions due to import restrictions. As a result, the preserve had an over-supply of lions which had to be eliminated. Instead of earning the preserve millions of dollars in revenues from foreign hunters, they had to pay their wardens to hunt the creatures and presumably leave them to rot. Literally nothing benefitted from this situation outside of the animals that were being eaten by the lions. Millions of conservation dollars were forfeited and the animals were still destroyed. But, know-nothing keyboard warriors got to feel good about themselves so there’s that.

Despite polar bear trophy restrictions in the U.S., polar bears continue to be hunted in Canada. One can still go to Africa and hunt lions and elephants, you just can’t import their trophies. The result? Elephant and lion hunts are at bargain prices. Be assured that because of the loss of economic value, these animals will be replaced with domestic animals like cattle and used to feed villages. The local wildlife will be seen as a nuisance and destroyed accordingly.

Although hunting may be distasteful to some, it is a natural part of the world in which we live. Man is the only creature on the planet with the capacity to gauge the impact he is having on wild creatures. He is best suited to manage that wildlife for the maximum benefit of both man and beast. Hunting, more than any other means, puts billions of dollars into wildlife study, conservation, and preservation. In the U.S., it is the hunters that feed the budgets for wildlife officials to study the very thing that the hunters desire to see more of, sustainable populations of hunt-able species.

Before giving a visceral, emotional reaction, educate yourself on not only the economics of hunting but the facts surrounding it. You might be surprised. It’s the best source of healthy, locally-sourced, organic, free-range meat available.