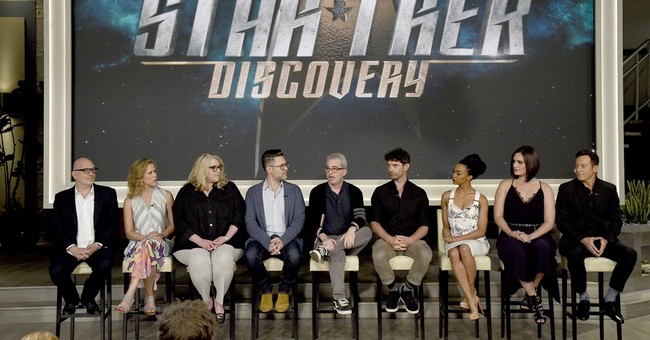 As expected, celebrities are quickly jumping on board the #TakeAKnee train. First it was “X-Files” stars Gillian Anderson and David Duchovny, and now it’s the entire cast of “Star Trek: Discovery.”

Actress Sonequa Martin-Green, who plays one of the show’s main characters, posted a picture of her and her fellow cast members taking a knee in solidarity with the NFL anthem protestors to Instagram shorty after “Star Trek: Discovery” premiered.

It went viral within hours.

While some social media users praised the cast for the “powerful and compassionate gesture,” most criticized them for getting political and alienating half their audience.

“Like a lot of folks, I choose to engage in recreational activities, whatever they may be, to get a few blissful minutes or hours away from the troubles of the world,” wrote one user. “You, and every other entertainer who does this are just putting those troubles front and center again.”

“I'm taking a STAND against your show. I will be boycotting it with many other patriotic Americans. Your empty gesture is meaningless and will cost you viewers,” said another.

Many others claimed they are no longer fans of the actors, the show, or the franchise.

Sounds like “Star Trek: Discovery” is going to have a rough first (and maybe only) season.