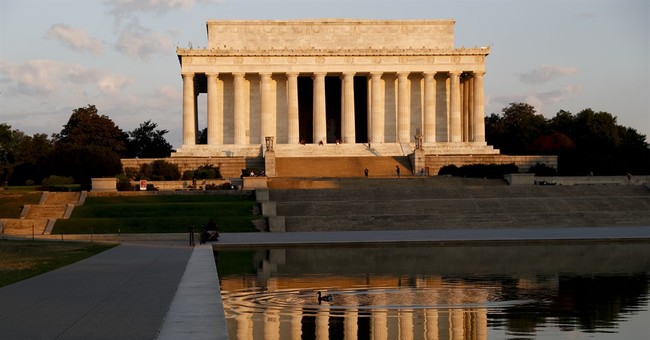 The National Park Service is currently working to clean up two acts of vandalism along the National Mall in Washington, D.C., according to a recent press release.

Authorities discovered graffiti which appears to say “f*ck law” on a column inside the Lincoln Memorial early Tuesday morning. The poorly written expletive was done in bright red spray paint.

A Smithsonian sign on the 1400 block of Constitution Avenue was also defaced, this time with silver spray paint. The graffiti was supposedly “undecipherable.”

The United States Park Police is still investigating the incident, and has yet to identify any suspects. Officials did not mention whether the two incidents were related.

The acts aren’t exactly surprising, as tensions remain high after the violence in Charlottesville this past weekend. However, motive for the vandalization remains unclear. The Charlottesville riots, or Trump’s response, have not officially been attributed to what might have caused the graffiti.