BREAKING: California Lawmakers Raise The Age For Purchasing Long Guns From 18 To 21 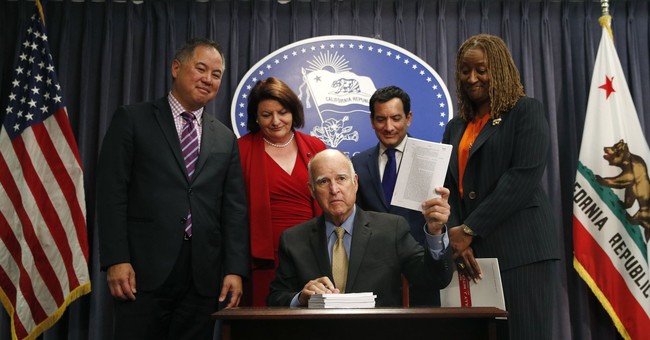 Legislators in the Golden State on Wednesday voted to raise the age someone can purchase a long gun from 18 to 21, the Los Angeles Times reported.

The bill was introduced by Sen. Anthony Portantino (D-La Cañada Flintridge) who wanted to address concerns he had after the Valentine's Day shooting at Marjory Stoneman Douglas High School in Parkland, Florida.

“The two most deadly recent school tragedies have been perpetrated by people under 21 with long guns,” Portantino said on the Senate floor.

“As a dad and a legislator, I am determined to help California act appropriately to the tragic events our country has faced recently due to gun violence,” Portantino said. “Out of respect for young people across our country who are demanding action we must answer their plea for help.”

The bill was opposed by pro-gun groups, such as the National Rifle Association (NRA).

“Passing a law that makes it illegal for a 20-year-old to purchase a shotgun for hunting or an adult single mother from purchasing the most effective self-defense rifle on the market punishes the law-abiding citizens for the evil acts of criminals,” Daniel Reid, the California state director of the NRA Institute for Legislative Action, wrote in a letter to legislators.

The bill passed 26-12 and is currently on Gov. Jerry Brown's (D) desk awaiting a signature. The Assembly previously passed with a vote of 47-30.

According to the Sacramento Bee, exemptions are being made for "police officers, members of the military and anyone with an active hunting license from the Department of Fish and Wildfire, among others."