Han Solo's Blaster From Return Of The Jedi Just Sold. Guess What The Final Price Tag Was. 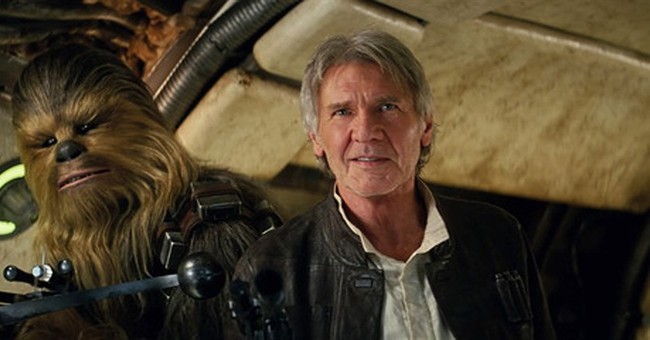 When it comes to movie fans, one thing is for sure: Star Wars fans are usually at the top of the list for being the most diehard. They proved just how much they love the film series when Han Solo's classic BlasTech DL-44 blaster sold for $550,000 on Saturday at Julien’s Auctions Hollywood Legends auction event in Las Vegas.

Although the blaster wasn't the original live-fire Mauser C96 “Broomhandle” pistol heavily modified by the English prop masters at Bapty & Co. for the original 1977 Star Wars film, this one was an inanimate follow-up version used for 1983’s Episode VI – Return of the Jedi.

Fans were able to get their hands on the coveted blaster after the film’s prop master, Peter Hancock, gave it to Art Director James L. Schoppe. The blaster was part of Schoppe's collection he had acquired over the last 35 years.

Another weapon, a Biker Scout blaster, from the film series also sold at the same auction. The blaster from Episode VI sold for a whopping $90,624.

The auction house explained more about the blasters in an item preview before the auction.