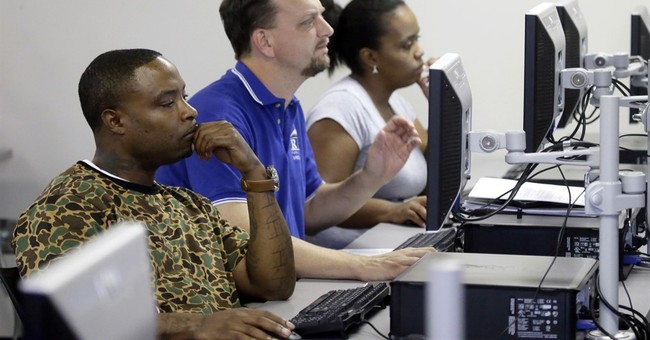 Dr. Anne Scott, an English professor at Northern Arizona University (NAU), recently came under fire for docking a point off a student's paper for using the term "mankind" instead of "humanity."

Now, a handful of NAU students are demanding university President Rita Cheng resign from her position, unless she deems the campus a "safe space" for students.

The declaration came during a university forum Cheng hosted to give benefactors an update on the state of the college.

"How can you promote safe spaces, if you don’t take action in situations of injustice - such as, last week, when we had the preacher on campus, and he was promoting hate speech against marginalized students?" sophomore Breanna Kramer asked Cheng. "As well as not speaking out against racist incidents like blackface two months ago by student workers followed by no reform and no repercussions?”

Cheng's response was perfect, and it probably has liberals cringing.

"As a university professor, I’m not sure I have any support at all for safe space," Cheng refuted. "I think that you, as a student, have to develop the skills to be successful in this world, and that we need to provide you with the opportunity for discourse and debate and dialogue and academic inquiry, and I’m not sure that that is correlated with the notion of safe space as I’ve seen that.”

When Kramer and her group, the Student Action Coalition (SAC), didn't like Cheng's response, they left the forum.

"The NAU Student Action Coalition is composed of many student groups and various individuals who are being directly impacted by a range of issues highlighted at the forum on Wednesday. The NAU community invests a lot of time, money, and energy in this experience and, because of failed leadership, we are not getting a return on our investment. President Cheng's answers at the forum were insufficient and if she's not ready or willing to engage in these serious conversations and more importantly work towards solutions, then we do feel her resignation is necessary and would want a university President who works to provide the purpose of higher education, which is to enrich the lives of many people, students, faculty, staff and the larger Flagstaff community. We were guaranteed access, quality and excellence in our higher education student experiences and far too many students are experiencing the exact opposite."

Cheng answered your member's question. She doesn't believe in safe spaces. That doesn't mean she's not willing to have a conversation with you about serious issues. It means she fundamentally disagrees with you. Her reasoning is completely logical. College is about exploring new ideas and having a diverse dialogue. Liberals seem to be all about diversity, until they have to hear from a conservative or someone who disagrees with their views and political agenda.

Hypocrisy: Teachers Union Boss Posts Shameless 'Self-Own' Photo
Guy Benson
This Is How Minnesota's Democratic Governor Responded to New Round of Riots In the State
Julio Rosas
Here is How Raphael Warnock Misled the Public Over Georgia's Voting Reform Bill
Reagan McCarthy
Even Harry Reid is Warning Against This Far-Left Idea