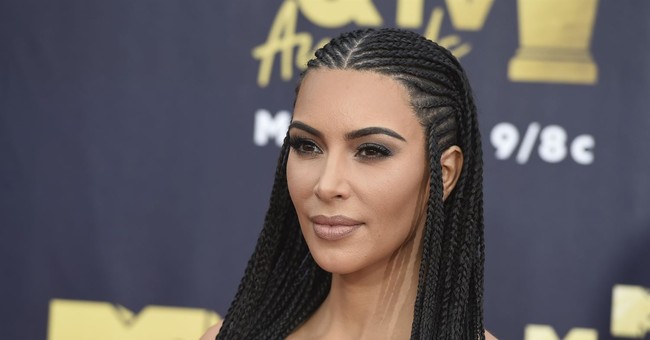 Critics took issue with the brand’s trademark, “Kimono,” meant to be a play-on-words using the reality star’s name, but which normally refers to Japanese traditional attire. The kimono is a long-sleeved robe tied with a sash dating back to 15th Century Japan.

"We wear kimonos to celebrate health, growth of children, engagements, marriages, graduations, at funerals. It's celebratory wear and passed on in families through the generations," one Japanese woman, Yuka Ohishi, told the BBC.

"[This] shapewear doesn't even resemble a kimono - she just chose a word that has Kim in it - there's no respect to what the garment actually means in our culture."

This is a new approach to shapewear: Offering real solutions in 9 shades and sizes XXS-4XL, @kimonobody celebrates and enhances the shape and curves of women. Each piece is designed with soft yet supportive fabrics for everyone to feel their most confident. #KimonoBody pic.twitter.com/Cr81BqiLT4

Ohishi worried that people would begin to associate the kimono with Kardashian West and not Japan or its culture.

"I think Kim has so much influence on pop culture, I fear there will be people who only know the word kimono as her brand," said Ms Ohishi.

"I imagine it will have an effect on search results, hashtags, if this brand becomes as powerful as her other ventures."

On Twitter, users were quick to offer their condemnation using the hashtag "KimOhNo"--another play-on-words.

I feel very sad that the name “Kimono” is being used to something completely different from what we Japanese know about it. Kimono is Japanese traditional clothes and we are very proud of its history and culture. I’m sorry but I feel this name choice is simply ignorant. #KimOhNo

Wow, @KimKardashian.
Thanks for BUTCHERING Japanese culture!!! My culture is not your plaything.
You don't have any respect for people who are not your family, do you?
In the 15 yrs developing this project, couldn't you find a cultural advisor?#KimOhNo #culturalappropriation https://t.co/OsDYVZxPhx

These are my grandmother's kimonos. Some of these are dyed and embroidered by herself. When I was child, I loved watching she embroidered on kimono cloth. My grandmother who makes beautiful embroidery is also beautiful and I always felt it magical. #KimOhNo pic.twitter.com/29v3pzCGDn

This isn't the first time Kardashian West has been charged with cultural appropriation. In the past she has received backlash for wearing her hair in cornrows and putting on an Indian headpiece.

Kardashian West's latest media upset comes after she spoke at the White House about her partnership with Lyft to help released felons in their job search.