EXCLUSIVE: 'Tolkien' Director Explains Why This Major Character From the Author's Life Was Left Out of the Film 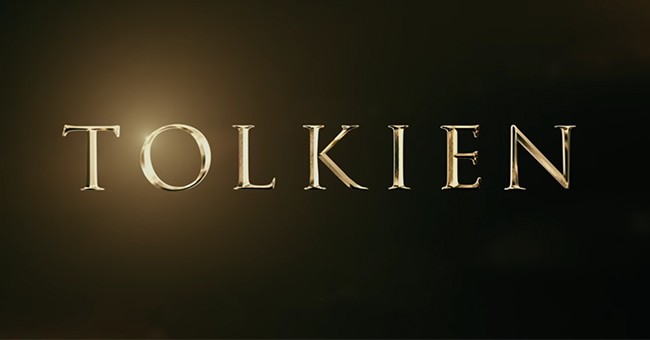 When thinking about the life and story of author John Ronald Reul Tolkien, one word comes to mind: inspirational. Though afflicted by tragic losses and trials, Tolkien, a devout Catholic man, became one of the world's most admired and renowned fantasy writers.

The new film "Tolkien," directed by Dome Karukoski, tells the story of the early years of the legendary "Lord of the Rings" author. The film intertwines the themes of loss, love, and fellowship to present a picture of who J.R.R. Tolkien (Nicholas Hoult) was.

With Tolkien fighting in the bloody Battle of the Somme in the First World War acting as present-day, the film flashes back to young Tolkien (Harry Gilby) attending King Edward's School in Birmingham and his time at Oxford University where significant life events shape his mind and contribute to his future works. During these flashbacks, moviegoers see Tolkien meet the three boys who become his best friends. They see the creation of the T.C.B.S. (Tea Club, Barrovian Society) and watch Tolkien meet, grow up, and fall in love with Edith Bratt (Mimi Keene as youth and Lily Collins), as well as decide to pursue his passion for studying languages at Oxford under Professor Joseph Wright (Derek Jacobi).

The war scenes are dramatic, expectedly violent, yet intertwined with fantasy. Amid the violence and chaos, Tolkien imagines a black, fallen knight riding through the battlefield slaying soldiers, an allegory to the Nazgul in "Lord of the Rings," and a dragon lurking through the smoke and carnage.

But what's just as interesting as the film itself is the insight and decision-making process of the man who directed it.

Director Dome Karukoski's introduction to Tolkien came at a young age when he picked up "Lord of the Rings." And until he got his hands on "Tolkien's" movie script, he didn't realize how much he could relate to the man's early life.

"When I was 12 or 13, I started reading 'Lord of the Rings.' This was a very miserable time of my life; I was a loner. I was bullied. I was raised without a father. We were very poor," Karukoski explained. "I’ve had a life long journey with Tolkien, and then I read the script, where this young boy is experiencing the same emotions, being an outsider, living without a father, being poor at the same time. It was an odd feeling of destiny."

After reading the script, Karukoski immediately jumped on board. He started shaping the script with the writers with the goal of, him being a "hard-hitting Tolkien fan," making it more "Tolkienesque." The film, as initially written was, as Karukoski described it, "more of a history period piece." "It was less fantastical," he explained.

When asked how much he knew about Tolkien before starting to work on the film, Karukoski stated he first envisioned Tolkien as an "elitist."

"I thought he was this privileged Oxford professor and had lived a very easy life and was writing as a hobby," he stated. "When I read the script and read about his life, I found out all of these turning points which are very cinematic and dramatic times...I think I grew an even higher admiration toward him."

Tolkien's early life was a journey through "darkness into light," and as Karukoski told Townhall, the many emotions and feelings Tolkien would have felt at the time show up in his mythologies and books. For those reasons, Karukoski decided to focus on the early years of Tolkien's life rather than his later years.

But by strictly focusing on the earlier part of Tolkien's life and the love story between him and Edith, the film has faced some criticism for not mentioning Tolkien's friendship with C. S. Lewis or The Inklings, the literary discussion group associated with Oxford where members encouraged one another in their works.

Though über fans would have loved to see an interaction between Tolkien and Lewis on the big screen, there's a reason why it didn't make the cut.

"I would have loved it," Karukoski said when asked why a C. S. Lewis appearance wasn't included in the film, before explaining that not only would it have added a significant amount of time to the nearly two-hour long movie, but it also wouldn't have fit the dramatic narrative and would have felt repetitious.

Karukoski was so confident in his decision to not include Lewis that he described it as one of the easiest cuts to make because he knew the film would not have been better with Lewis in it.

Though Karukoski understands the disappointment of some fans, he joked, "Hey, I'm happy I left room for a sequel!"

When asked to explain his thinking a little further on the idea of a sequel, Karukoski stated, "In a way [Tolkien and Lewis] would be a story of its own. Maybe like an hour TV film with Tolkien and C. S. Lewis."

In Karukoski's mind, however, he doesn't know if their story would be "cinematic" enough to work as a big screen film, primarily due to the absence of conflict. But if it were to be produced, "It would be debating about Christianity and conversion and perhaps include the time when Edith converted to Catholicism and that era," he imagined.

Concerning other cuts to the script and not meeting certain fan expectations, Karukoski said, "It’s hard, it’s hard. I’ve learned through these experiences, both the good and bad, that the only way to make [the film] is to be true to yourself – what you want to see about the character, what is the key emotional drama working." Adding, "Even though I admire [Tolkien], there are scenes I would have loved to put in there, but if it doesn’t make the drama of the film flow, cut it away."

"In a way, you have to be ruthless. You’re under the tyranny of the best possible film," he reiterated. The ultimate goal is to create "the best possible film that works and is evocative, and that people can enjoy" and "then hopefully will motivate them to read more of [Tolkien's] books."

Another criticism that was leveled against the film that Karukoski addressed were concerns about presenting Tolkien's faith. Some reviews have been harsh, saying the film didn't emphasize that part of Tolkien's life enough, or at all. But like deciding to cut out C. S. Lewis, Karukoski had a reason for why references to Tolkien's faith were subtle. He also stated that there are, in fact, references but viewers happen to overlook them.

"There was no intentional downplay of religion, there’s no need for such," Karukoski said without missing a beat, before explaining that Tolkien's faith was "most challenging because it’s so internal."

Karukoski recalled a scene from the film that touches on Tolkien's faith and his literary work "The Silmarillion" that many probably miss if they are unfamiliar.

"There’s a moment where [Tolkien's] lying in the grass in Oxford, and he’s looking at the heavens for the answer, he’s reciting a religious poem, “Christ” by Cynewulf," Karukoski stated. "He’s looking at the stars, and that’s a reference to Silmarillion and a story of the Star of Eärendil, which I think is very Christian. People haven’t noticed that, so it’s a big challenge. You’re referring to a very Christian theme, but people just don’t notice it."

"It was difficult finding moments that would portray his Christianity that would have a conflict or drama so it would be in a fictional narrative. As you know, narrative films aren’t a documentary; films are always based on drama and conflict," he added.

For now, Karukoski is taking a break from biopics. "I think I’ve done my part of real-life characters now for a while," he laughed. "I might do something very, very fictional next."

Doing a story on a real-life character is difficult. "It’s heavy," he detailed. "There’s fan pressure always, your own fan pressure, and there’s this expectation of different publics." Though a difficult task for filmmakers, Karukoski didn't knock the genre, saying it's "wonderful" and "underappreciated."

One of the hardest parts about biopics Karukoski explained is that he can’t "invent."

"I can’t make Tolkien a drug abuser," he chuckled. "You’re kind of jailed in the true story, while at the same time the true story is something you want to feel and want to understand, that these are real-life characters... Let’s just say I’ve had my share."

In the past, Karukoski has had other biopic projects go unproduced as he tried to work with heirs and estates but couldn't find a way to dramatize the stories. "You have to dramatize or it doesn’t work," Karukoski said definitively.

Regardless of the criticisms, the film is captivating, and when the movie ends and the credits roll, there's one thing Karukoski hopes people take away from Tolkien's life: “inspiration."

"The love of art. The love of joy of life. A story of friendship, a story of love at its core," he said. Karukoski says he hopes people call up their friends and say, "Let’s sit down. Let’s share stories."

"It’s a very communal film, in that sense," he explained. "I hope people get inspired and have some healing power for two hours after watching a film about a man coming out of darkness into light."

The film is engaging, dramatic, evokes strong emotions, and provides an insightful look into the early years of J.R.R. Tolkien. After watching this film, moviegoers will undoubtedly have a greater admiration for Tolkien and be inspired by his life.

"Tolkien" is now in theaters.