'Dead To Me' Review: Netflix Dramedy Offers Plenty Of Twists 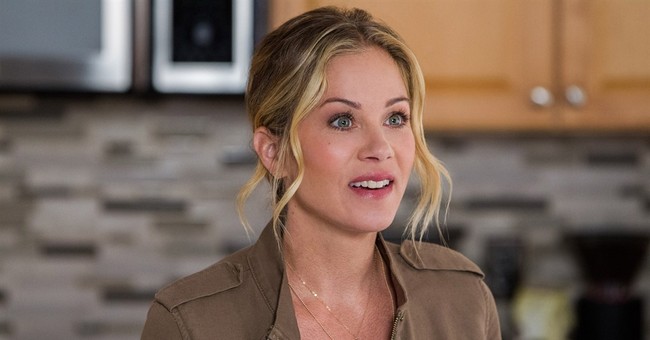 The new Netflix dramedy Dead to Me introduces two strong female characters who don’t really care what the world thinks of them. One is a widow with anger management issues. The other is a free-spirited woman longing for the life she once had.

Christina Applegate and Linda Cardellini co-star in this series that mixes comedy with tragedy and delivers steady results. Applegate plays Jen Harding, a tough-as-nails real estate agent with two young children. She recently lost her husband in a hit-and-run accident. Cardellini portrays July Hale, a woman hardened by numerous tragedies in her own life, who works at an assisted living facility.

Harding and Hale meeting at a Friends of Heaven support group and despite Harding’s sour exterior, the duo quickly become friends.

The 10-episode first season focuses on the complex friendship between Harding and Hale, two complicated women who each have their own set of unique issues.

The solid set-up sets the first episode in motion but the program’s surprises dramatically change its course. That twist-filled episode sets the tone for a show that willingly delves into some darker plots. There are some outlandish twists along the way but creator Liz Feldman always manages to keep the program grounded. When one character makes an outrageous decision (and some of the main characters do), the program finds a way to make that person empathetic once again.

The program openly veers in one direction only to circle back and surprise the audience once again.

The talented duo of Applegate and Cardellini create a terrific connection between their two characters. What starts out as a superficial kinship between two members of a group transforms into a complicated relationship between two women striving to move their lives forward after loss. Both actresses ably capture their changing characters and the ever-changing dynamic between them.

It’s their relationship — which changes drastically as the season unfolds — that holds this show together.

The program also features a solid supporting cast but some of the characters there stand out more than the others. James Marsden co-stars as Steve Wood, a man with a complicated history with Hale, but his character is never as fully-realized as it should’ve been. Over the course of the season, his motivations — and his personality changes — sometimes feel inauthentic.

Additionally, there are times here when the program doesn’t seem to know exactly what to do with Harding’s two children.  In one episode, for instance, these characters are brought to center stage but for most of the episodes, they aren’t given much to do. Other supporting figures — like Abe, a resident at the assisted living facility (played by the great Ed Asner), and Harding’s harsh mother-in-law (Valerie Mahaffey) — have minor roles in the story but are given great standout moments of their own.

Ultimately, the show succeeds because of the two main characters at the show’s core and the plot twists that enliven the plot. The program lets the core characters develop and change and it allows for their flaws to shine through.

Dead to Me deals with some serious issues but its twisty plot, comedic elements and the great performances at its center gives the show an undeniable energy and spirit.

The first season of Dead to Me is now available on Netflix.