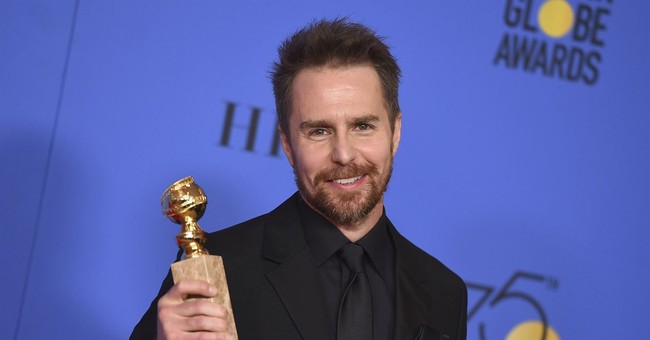 Despite the fact that much of its story takes place in the 1970s, Fosse/Verdon feels particularly timely. The FX drama tells the story of Bob Fosse and Gwen Verdon, two passionate artists whose careers became intertwined. Fosse was a choreographer/ director who specialized in Broadway musicals while Verdon was an experienced dancer. Their relationship — complicated, fraught and sometimes even affectionate — helped define both of their careers.

Played by Oscar winner Sam Rockwell, Fosse is presented here as an intense and driven director. He’s cold and inhumane when he chooses to be. He’s also deeply insecure, questioning his own instincts when he’s given a private moment to breathe. Verdon (played with remarkable restraint by Michelle Williams) loves the work as well but her job is only one element of her life.

Fosse/Verdon begins with a close-up look at Fosse in his later years but then pulls back and focuses on earlier times in his life. From his anguish after one of his films flops to his abrasiveness during the filming of Cabaret, the feature chronicles the ups and downs of his career. The first episode also introduces Verdon, an award-winning actress and dancer whose career is eventually overshadowed by Fosse’s.

The relationship is painful to watch at times as Verdon falls in love with Fosse, not realizing how careless he is with other people’s emotions. Fosse’s drive for success never fails him but his hunger for more undermines his relationships. He’s never satisfied with what he has and those who trust him are often disappointed when they realize how malicious he can be.

The show moves from one period to the next, keeping a distance from the viewer. In the show’s first flashback, for instance, the text simply notes the location of the action with the added detail of “19 years left.” The show doesn’t note what “19 years left” refers to and other flashbacks avoid that language altogether. In some flashbacks, time is defined by show openings. In others, it’s defined by the number of awards on Bob Fosse’s desk. That concept — of labelling time in different ways — helps to direct the viewer’s attention to one aspect of a scene but adds an unnecessary layer to the proceedings. It’s hard to keep track when the show changes gears so abruptly.

Produced by an eclectic team that includes Hamilton creator Lin-Manuel Miranda, actress Nicole Fosse (the daughter of Fosse and Verdon) and Dear Evan Hansen author Steven Levenson, the drama has a certain theatrical framing to it. The program delves into some of the mechanics of dance numbers, embracing the careers of both Fosse and Verdon. It also captures their story like it’s a production as well and one of the show’s best early sequences shows the two lead characters arguing as if they are characters in a play (“Oh no. Is that my line?” Gwen asks).

Throughout the show (5 of the 8 episodes were available for review), there’s an intimacy in the proceedings that keeps the characters at the forefront. Rockwell delivers a strong performance as Fosse but it’s Williams’ incredible work as the soft-spoken Verdon that truly brings this drama alive. Throughout the show, it’s Verdon who feels forced into the background and Williams captures her frustrations powerfully even when her character remains silent.

There’s a focus here on how Fosse and Verdon are treated so differently despite the fact that they are both truly gifted artists. Fosse abuses his power throughout, believing there will be few consequences.

It’s easy to see contemporary comparisons here and that’s one of the reasons this program resonates so well. This show may be about one specific couple but it captures something bigger here, thanks to the talented cast and the story itself.

NOLA mayor: Who knew Mardi Gras should have been canceled?
Hotair
Biden Attacks Trump Over Lack of Ventilators; But There’s This Inconvenient New Report From CNN…
Redstate