How YouTube Pranksters Landed One of the World's Most Coveted Interviews 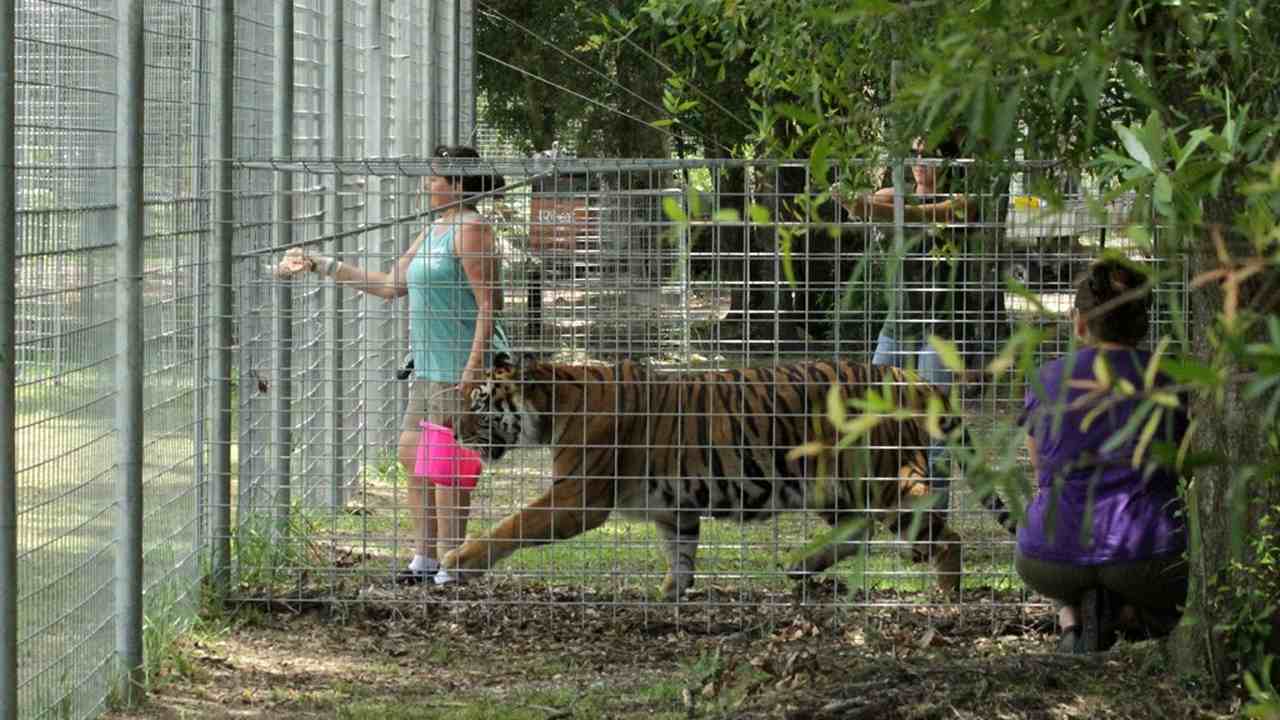 With talk shows and high profile interviews entirely relegated to virtual encounters during the time of COVID-19 quarantine, two internet pranksters saw an opportunity to interview one of the world's most notoriously reluctant subjects. Claiming to be part of a production company that books guests for "The Tonight Show with Jimmy Fallon" and "The Late Late Show with James Corden," Josh Pieters and Archie Manners successfully interviewed Carole Baskin, a controversial figure from Netflix's runaway hit docuseries, "Tiger King."

Pieters and Manners initially contacted celebrities mostly known in the United Kingdom, saying they were a production company called "Invisible Object," who was responsible for booking appearances on American late-night talk shows. Using clips of Fallon and Corden sourced from YouTube, the faux production company was able to set up basic Q&As with their unwitting guests.

Though Baskin had previously been consistent in turning down all interviews, citing extreme displeasure with the way she had been portrayed in "Tiger King," she agreed to a "Tonight Show" appearance after Pieters and Manners assured her that she wouldn't have to talk about the series with Jimmy Fallon.

"Here's a chance where we could perhaps interview some high-level talent because we are going under the guise of being a really famous show," Pieters said to Business Insider. "And we thought, why don't we take a shot in the dark and go for the most exclusive, hard-to-reach person in the world, with absolutely no hope of it working?"

Baskin's reluctance to discuss the Netflix show, which strongly indicated that she was involved in the 1997 disappearance of her husband, was assuaged by the pranksters when they told her Fallon would only discuss cats with her during the interview. The collection of Fallon sound bites from YouTube, after all, did not include any discussion about "Tiger King."

After initially declining the interview, Baskin agreed to her first television appearance after the release of "Tiger King" when the "Invisible Object" producers assured her there would be no discussion of "Tiger King." Because the interview would be entirely virtual, Pieters and Manners had to also explain to Baskin that Fallon would not be visible to her because of the unique camera set-up in Fallon's home. In reality, the invisible pranksters would be behind the scenes firing off sound bites they felt were most appropriate after her answers.

"There is often a moment where there isn't a clip that's suitable," said Pieters. "But that's luckily where I have Archie on standby who can come in and act as the producer and say, 'Oh we've got a quick change there, Jimmy's just doing this,' or 'Jimmy's just doing his makeup,' and then it sort of explains why something sort of went wrong."

Baskin, who discussed the hardship of her Florida Zoo during the Wuhan coronavirus pandemic with the fake Jimmy Fallon, says she began to suspect she was being had while still conducting the interview.

"I was suspicious as we were doing it because the questions appeared taped," Baskin said to US Weekly. "But had no idea it would turn out to be such a fun prank. It gave us a very welcome good laugh. I appreciate their cleverness and that they created their video in a way that I don't feel was in any way mean-spirited."

James Corden was also impressed with the fake clips from his show, featuring stars of the UK who performed and thought they were speaking to Corden from isolation but were actually speaking to the masterminds of "Invisible Object." Corden mused that maybe he wasn't as essential to production of the Late Late Show as he thought.

"I can't help getting the overwhelming feeling that frankly, I'm not as important to this job as I maybe thought I was," he said on his Wednesday broadcast. "I will not be replaced with sound bites."