Winona Ryder Claims Mel Gibson Made Anti-Semitic Comments to Her. He Denies It. 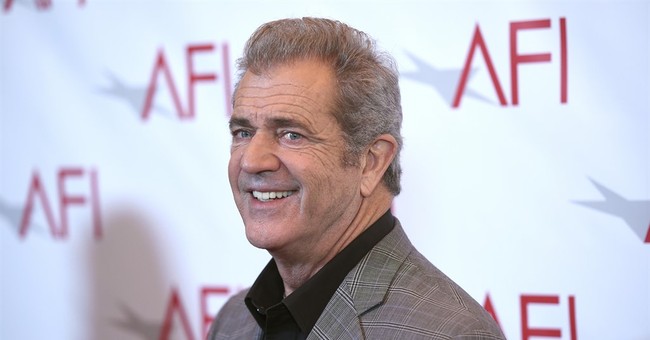 It was the most infamous moment of Mel Gibson's career. The actor/director was one of the most popular guys in Hollywood, having starred in beloved film franchises like "Lethal Weapon," won Academy Awards for "Braveheart," and directed the successful "The Passion of the Christ." But one audio recording nearly ruined his career.

When he was stopped by the police in 2006 for driving under the influence, Gibson went off on an anti-Semitic rant, asking one of the arresting officers if he was a Jew and claiming that Jews were “responsible for all the wars in the world." He apologized for the remarks but knew that the damage may never be undone.

"Please know from my heart that I am not an anti-Semite," he said in a statement at the time. "I am not a bigot. Hatred of any kind goes against my faith. There will be many in that (Jewish) community who will want nothing to do with me, and that would be understandable."

Time passed and Hollywood slowly started to welcome Gibson back, even nominating him for an Oscar in 2017 for directing the powerful war film "Hacksaw Ridge."

But the controversy is making headlines again, thanks to an unlikely source: Winona Ryder. The actress says she has a "painful and vivid memory" of an encounter with Gibson at a party "around 1996," when Gibson allegedly made both anti-Semitic and homophobic comments.

In an interview with the London newspaper The Sunday Times this weekend, here's how Ryder recalled the exchange:

Ryder first made the claims in an interview with GQ in 2010. She told this weekend's Sunday Times: "We were at a crowded party with one of my good friends, and Mel Gibson was smoking a cigar, and we're all talking and he said to my friend, who's gay, 'Oh wait, am I gonna get Aids?'

"And then something came up about Jews, and he said, 'You're not an oven dodger, are you?'"

Gibson denies it. His spokesperson accused the actress of lying, noting that Gibson did reach out to Ryder many years ago, but only "to confront her about her lies and she refused to address it with him."

But Ryder says she knows what she heard, and she hopes that Gibson one day acknowledges it.

"I believe in redemption and forgiveness and hope that Mr. Gibson has found a healthy way to deal with his demons, but I am not one of them," the actress said in her own statement.

"Only by accepting responsibility for our behavior in this life, can we make amends and truly respect each other, and I wish him well on this lifelong journey," she added.