Free Speech is the Best Weapon to Combat Extremism 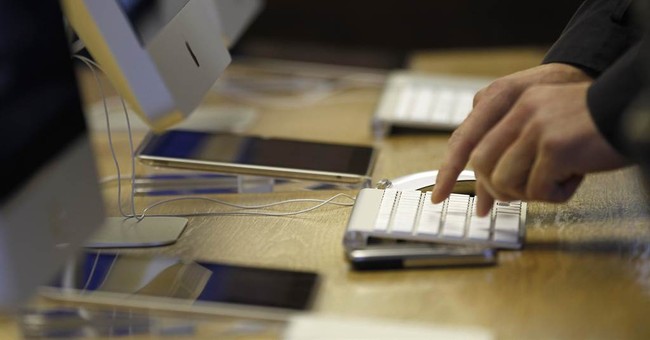 In Wednesday’s Los Angeles Times, President Obama previewed his address on violent extremism by saying that, “Our campaign to prevent people around the world from being radicalized to violence is ultimately a battle for hearts and minds.”

President Obama could not be more correct in this statement.

However, he also asserted that the larger challenge facing forward-thinking, Islamic intellectuals is the narrative that the West is at war with Islam. In this assertion, the President is blatantly ignoring a more glaring problem.

In fact, the largest challenge facing those who fight for peace and pluralism is the specter of censorship.

Throughout nearly half the world’s countries, intellectuals, journalists, and bloggers face a constant threat of punishment if their works are deemed blasphemous or insulting to religions or moral standards. In some nations where blasphemy and apostasy laws are taken most seriously such as Pakistan and Iran, these crimes carry extreme penalties like lifetime imprisonment or even death.

Supporters of these laws claim that they exist to protect religious minorities from harmful discrimination and to promote religious harmony among differing faiths. In reality, these legal tools do nothing but encourage extremists to enforce their concept of truth upon others and dangerously define governments as the arbiters of religious truth.

Consider the example of Pakistan’s draconian blasphemy laws implemented by the military dictator General Zia-ul Haq. For decades, the Pakistani government and Islamic radicals have used these laws as justification for violence and injustice committed against thousands of Pakistani citizens. And when government officials like Salman Taseer and Shahbaz Bhatti display the courage to oppose the nation’s blasphemy laws, they are promptly assassinated or silenced by the Pakistani Taliban or other extremist groups.

Even worse, in Taseer’s case, the assassin received valiant support from over 500 Muslim clerics and was showered with rose petals while being praised for his “defense” of Islam as he entered the courtroom for his trial (if you can call it that).

As I stated before, these heinous incidents are not isolated to Pakistan.

In 2007, the Saudi government used blasphemy laws to condemn cyber activist and writer Raif Badawi to ten years in prison, 1,000 lashes, and a fine of 1 million riyals ($266,000 euros). His crime—launching the website Liberal Saudi Network, an online discussion forum that aimed to promote political, religious, and social debate in Saudi Arabia.

Just last December, the Mauritanian government handed down the death sentence to blogger Mohamed Cheikh Ould Mohamed for criticizing the nation’s caste system. During his trial, the prosecution accused the young blogger of “making flippant references to the prophet Mohammed and violating the divine order.”

Egregious and ridiculous charges like these abound across the Muslim world. Such censorship of religious and political dissent amount to nothing less than a violation of human rights.

Since 2001, the United States government has made it clear that it will fight terrorism and violent extremism. Unfortunately, more than a decade of war has taught us that military action abroad and surveillance at home is not enough.

It’s time for America to take a firm and principled stance against the main roadblock to progress in the Islamic world—censorship and the suppression of dissenting thought.

How can we hope to win the hearts and minds of Muslims around the world unless we actively work to ensure that they have the ability to engage in dialogue that promotes tolerance, pluralism, and peace? For too long the United States has turned a blind eye toward our Muslim “allies” who shield fundamentalist Islam from criticism. It is not enough for these “allies” to passively condemn acts of violence and terrorism while their regimes endorse the idea of punishing blasphemy at the same time.

First, the President needs to use events like this week’s summit to call out nations that merely pay lip service to fighting extremism, yet lack true action. For leverage, the US could threaten to limit or revoke certain forms of foreign aid. This could prove quite effective given that a clear majority of nations on the United States’ top 25 recipients of economic and military aid happen to be countries that maintain and enforce blasphemy laws.

On a more positive note, the United States could use expansion of trade as an incentive for nations to pursue domestic reforms. The Obama administration should urge Congress to draft legislation that would grant temporary duty-free, quota-free access to the U.S. market for exports of selected Muslim countries. To ensure that the agreement leads to reform, the legislation could include clauses that revoke the agreement for nations who do not show progress towards enhancing free speech, free expression, and toleration of dissent.

Ultimately, freedom of speech is the greatest weapon that individuals across the world can use to combat fundamentalism and violent extremism. Criticism and the ability to express dissent are essential to win the fight against immoral practices carried out in the name of any fundamentalist religion.

For as long as leaders both inside and outside the Islamic faith are barred from speaking out against radical fundamentalism, the hearts and minds of Muslims across the globe will remain out of reach.