Young Voices Contributors
|
Posted: Dec 21, 2016 12:04 PM
Share   Tweet
The opinions expressed by columnists are their own and do not necessarily represent the views of Townhall.com. 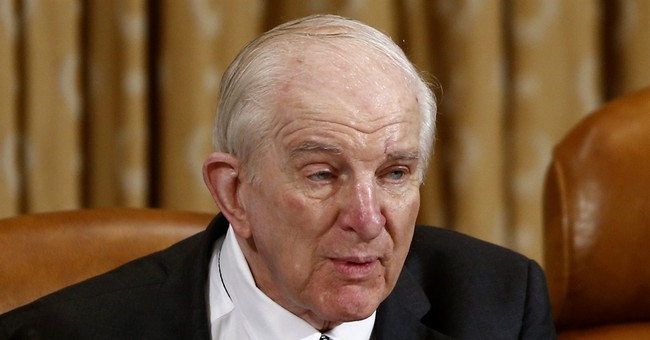 Editor's note: This column was authored by Michael Shindler.

Since January 1937, Americans have dutifully paid into Social Security trusting that its benefits will be there for them when they retire. Yet, that faith now seems unfounded with Social Security hemorrhaging cash. According to the latest report by Social Security’s Trustees, the program’s combined trust funds will be unable to deliver full benefits in 2034, forcing future beneficiaries to suffer a 21 percent benefit cut. In order for the program to survive, comprehensive reform is necessary.

Earlier this month, Rep. Sam Johnson (R-TX) introduced the Social Security Reform Act of 2016, a bill that aims to prevent the forecasted cuts by implementing a wide series of structural reforms to the program. According to the Social Security Administration’s Chief Actuary Stephen Goss, if the reforms outlined in the bill are implemented, “the combined OASI and DI Trust Funds would be fully solvent…throughout the 75-year projection period.”

There are no new ideas in this bill, nor does it aim to radically change the structure of Social Security. Rather, it’s a plan which would not involve raising taxes. In general terms, the plan outlined in the bill would affect Social Security in two ways: the mechanics of Social Security would be updated to account for modern economic conditions, and the program would further redirect funds towards poorer beneficiaries.

First, the bill would gradually increase the full retirement age at which workers can claim benefits to 69. The proposed retirement age would better reflect the increase in American life expectancy over the past 50 years from about 70 to nearly 79 years. Similarly, the bill would ensure that benefits keep up with changes in the economy by using better measures of inflation for the annual cost-of-living adjustment.

Further, the bill would increase workers’ flexibility by eliminating the Retirement Earnings Test, which currently withholds benefits from workers below the retirement age if their total income is above an amount calculated by taking into account the national average wage. This would allow workers to receive benefits without incurring a penalty or even delay retirement and wait to receive benefits. For those who might choose to delay claiming benefits, the bill outlines a system wherein they could receive increases in a partial lump sum or add the increases to their monthly payment.

In a similar vein, the bill would phase out Social Security’s double tax on benefits for workers who would continue to receive income after retiring or ceasing to work due to a disability, in an attempt to encourage workers to save for their retirement.

These proposed cuts to the benefits of the wealthy are not new ideas. Over the last year, presidential candidates including Sen. Lindsey Graham, Gov. Chris Christie, and even the President-elect, have toyed with the idea of either substantially cutting or withholding entirely the benefits currently allotted to wealthier Americans.

As things stand, the Social Security program is not viable in the long term. Many beneficiaries who have well-paying jobs would be better prepared for an unforeseen disability or retirement if they could use the same amount of money taken from them in Social Security payroll taxes to take advantage of either a private account, insurance, or to negotiate a pension-plan with their employer. Additionally, legislative alternatives to Social Security like means-tested assistance, mandated pensions, and subsidized annuities exist as options which might better serve those beneficiaries without the advantages of their better-paid peers.

Rep. Johnson’s bill is not perfect, but it is an excellent step in the right direction. It lays out a vision for Social Security reform that does not involve raising taxes, insures long-term solvency, and reduces payments to beneficiaries who can provide for themselves.