Are We Finally Accepting the Scientific Consensus on GMOs?

Young Voices Contributors
|
Posted: Feb 06, 2017 12:03 PM
Share   Tweet
The opinions expressed by columnists are their own and do not necessarily represent the views of Townhall.com. 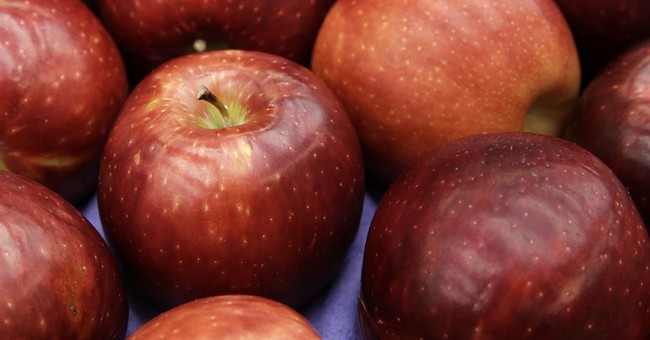 Editor's note: This column was authored by Andrew Wilford.

Despite the overwhelming scientific consensus that genetically modified foods are safe for human consumption, Americans are generally distrustful of all types of GMOs. An ABC poll from last year found that more than half of Americans believe that GMO foods are unsafe. However, the relative lack of outrage over the forthcoming release of “non-browning” genetically modified apples could mean public perception of GMOs may be changing. This would be an important step towards reducing food waste, fighting global malnutrition, and helping the environment.

If American public opinion is finally turning against anti-GMO rhetoric, it is about time. There is no scientific debate about the safety of genetically modified foods; a recent Pew Research poll even found a greater scientific consensus for GMO safety than anthropogenic climate change. And as Mark Lynas of the Cornell Alliance for Science has pointed out, many of the same tactics used by climate change deniers are mirrored by the anti-GMO movement.

The case of these genetically modified apples is hardly any different. The apples take much longer (about three weeks) to oxidize or turn brown after being exposed to the open air. By “silencing” a chemical that plays no role in apples today, scientists were able to reduce the browning effect of oxidization while retaining safety and nutritiousness.

The benefits of this go beyond just aesthetics. Each year,

Organic advocates are predictably unhappy about the lack of forced labeling of the apples, but most other critics have been quiet. This did not happen when GMO apples first received FDA approval, when the initial reaction was overwhelmingly negative. The New York Times even published an article that pointed to a negative public reaction and made vague threats about “tainting the wholesome image of the fruit.”

Looking at the bigger picture, GMOs have already made great strides in improving global food security. In the 1970s, amid predictions of hundreds of millions of people facing starvation, Indian scientists created a type of genetically modified wheat that allowed India to achieve self-sufficiency in cereal production.

Realizing GMOs’ potential to drastically improve agricultural outcomes, over 120 Nobel Laureates and thousands of scientists signed a letter calling on global governments to embrace genetic modification. They even declared opposition to GMOs to be “a crime against humanity.” This is not mere hyperbole. GMO rice (“Golden Rice”) offers the potential to save as many as 2.7 million children under 5 who suffer from vitamin A deficiency by improving vitamin A intake, but it has been blocked by anti-GMO activists, such as those who destroyed a test plot in 2013.

GMOs also offer additional benefits beyond improved food security. GMOs resulted in lowered carbon dioxide emission by 27 million kilograms in 2012, which is similar to removing 12 million cars from the road for one year. GMOs also led to an 8.8 percent reduction in pesticide spraying between 1996 and 2012. Further, farmers received a $3.74 return for each dollar invested in genetically modified crop seeds in 2012, which led to a $18.8 billion increase in farmers’ incomes that year.

The stakes are too high for Americans to ignore the overwhelming scientific consensus on genetically modified food. Americans should embrace GMOs for what they are—a safe way to improve the welfare of their country and the world.

Andrew Wilford is a Young Voices Advocate and recent graduate of American University.