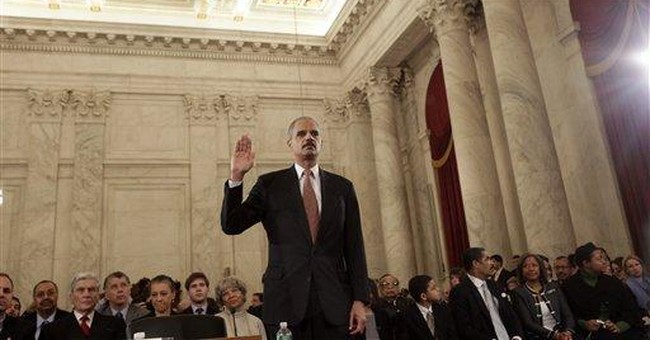 Just recently, there were no fewer than three vacancies in the U.S. Senate -- New York, Illinois and Minnesota -- which is a lot. Sen. Barack Obama of Illinois has vacated the seat to become president; Sen. Hillary Clinton of New York has resigned to become secretary of State; and a Minnesota seat is vacant pending resolution of a judicial dispute over who won the election. Illinois Gov. Rod Blagojevich has appointed Roland Burris to the vacancy, but, as of this writing, the other two seats are still empty.

Two seats might not sound like a lot, but there are only 100 in the U.S. Senate, and a couple of seats can make an awful lot of difference when the outcome is narrowly divided (as it often is in the Senate). So it is a matter of considerable importance how a senator is chosen to fill an uncompleted term (left vacant, say, by the death of the incumbent). Ordinarily, such a vacancy will be filled only until the next general election, when a new senator can be dully elected.

The 17th Amendment, ratified in 1913, currently governs the filling of vacancies. It provides that "When vacancies happen in the representation of any State in the Senate, the executive authority of each State shall issue writs of election to fill such vacancies: Provided, That the legislature of any State may empower the executive thereof to make temporary appointments until the people fill the vacancies by election as the legislature may direct."

In other words, vacancies shall be filled by new elections, but the legislation of a state may authorize the governor to make a temporary appointment until the election can be held.

In the case of Illinois, as already noted, Blagojevich has already appointed Burris to the Obama Senate seat temporarily, pending the election of a new senator in 2010. But in New York, as of this writing, Gov. David Paterson has not yet appointed anyone to fill the Senate seat vacated by Clinton. When he does, that person, too, will serve until a new senator is elected in 2010. The Minnesota seat will presumably go to whichever candidate the courts there decide won the election, and he will serve the full six-year term.

So the system for filling vacancies seems to be working reasonably well, and there appears no urgent need to change it. But changes may, nonetheless, be imagined. Under the original Constitution, senators were chosen by the legislatures of their respective states, and this continued to be the case until the adoption of the 17th Amendment in 1913, which provided for direct election by the people.

Thus far, we have been speculating about the sorts of vacancies caused by the death or other departure of a single senator. But in an age of nuclear weapons, it is also necessary to contemplate the simultaneous deaths of many more. In such a case, the sheer size of the United States would work in its favor. If (say) a third of the Senate's membership were wiped out in a surprise attack on Washington, the replacement of the dead senators would take place in dozens or even scores of states all over the country.

So the United States Senate is a tough old institution and would be hard to put out of business altogether.