Beware of the 'Fairness Doctrine' 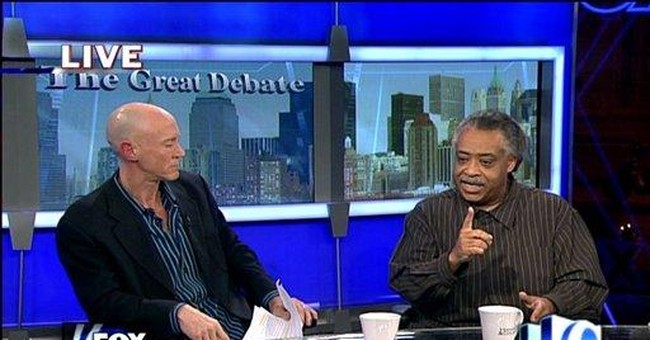 There are ominous signs that certain forces on the left are gearing up for a new attempt to impose a "fairness doctrine" on American television and radio commentary.

Incredible as it may sound in retrospect, there actually was a so-called "Fairness Doctrine" in force in the United States from 1949 to 1987. Its ostensible purpose was to compel radio and TV stations to broadcast statements of opinion that "balanced" those being expressed voluntarily. Since a substantial majority of the statements being broadcast voluntarily were more or less conservative, the effect was to force broadcasters to air comparable programs expressing liberal sentiments.

If that strikes you as a violation of the First Amendment, go to the head of the class. It is, of course, exactly that -- as Congress recognized in 1987, when it eliminated it. At the time, even powerful liberal voices endorsed its demise. A Washington Post editorial of June 24, 1987, put it this way: "The truth is ... that there is no 'fairness' whatever in the 'fairness' doctrine. On the contrary, it is a chilling federal attempt to compel some undefined 'balance' of what ideas radio and television new programs are to include. ... The 'fairness doctrine' undercuts free, independent, sound and responsive journalism -- substituting governmental dictates. That is deceptive, dangerous and, in a democracy, repulsive."

But not, in the opinion of some liberals, as repulsive as the relatively small number of liberal opinions being expressed. So now some of them seem to be getting ready to readjust the situation to make it more to their liking.

Thus, last year Sen. Dianne Feinstein, D-Calif, told Fox News Sunday that she was "looking at" a new Fairness Doctrine. Talk radio, she complained, "tends to be one-sided. It's explosive. It pushes people to, I think, extreme views without a lot of information." Apparently, she doesn't want them to hold such views without first getting a heavy dose of what she regards as the correct information.

And on Election Day this month, Sen. Charles Schumer, D-N.Y., argued that people who oppose the Fairness Doctrine "want the FCC to limit pornography on the air," and are therefore inconsistent. "You can't say 'government hands off in one area' to a commercial enterprise, but you're allowed to intervene in another. That's not consistent." To Schumer, if you are willing to limit pornography on the air, you must (to be consistent) be ready to demand the expression of liberal views on political topics.

Whether Feinstein and Schumer will get their way is another matter. The "fairness doctrine" was abolished in 1987 amid a good deal of bipartisan self-congratulation, and it seems likely that it still retains most of its unpopularity. Logically, it simply cannot withstand analysis. It certainly doesn't follow that every political viewpoint that manages to get expressed must be accompanied, or followed, by an equivalent expression of the opposite viewpoint. One can support laws against murder without necessarily insisting on equal time for the arguments in favor of it.

What those who support the "fairness doctrine" are really saying is that they don't enjoy the fact that their views have so little support. And while that's perfectly understandable, it is no justification for the proposition that society must artificially create a situation in which unpopular views receive the same attention and respect as others that have more.