Are Whites the Most Hated Race in America?

Will Alexander
|
Posted: Mar 10, 2021 11:01 AM
Share   Tweet
The opinions expressed by columnists are their own and do not necessarily represent the views of Townhall.com. 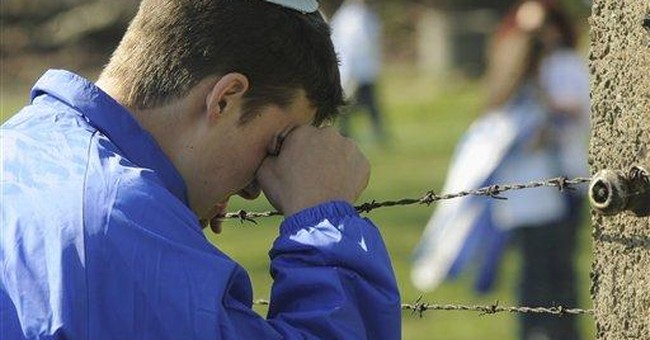 Let’s stop kidding ourselves.  The political frippery over race has nothing to do with race.   Black oppression in today’s America is fiction.  The growing snarls against “whiteness” come more from Cain-and-Abel stuff: envy, hatred, revenge, arrogance, blame, guilt, and greed.

Few groups understand this like the Jews.  They’ve been hated by one group or another since Pharaoh enslaved their Hebrew ancestors over 3,500 years ago. But the pharaohs are gone.  The Assyrian Empire that destroyed Israel’s northern kingdom in 722 B.C., is gone.  The Philistines and Babylonians are gone.  Haman, who asked the King of Persia to kill all Jews because one Jew didn’t bow to him, is gone.  And Hitler, second in evil only to Satan, lives in infamy.

In fact, in just about every country they’ve wandered into over the centuries, Jews found ways to thrive despite being surrounded by hatred.

“In countries where Jews are free to invent and create,” wrote George Gilder in The Israel Test (2009), “they pile up conspicuous wealth and arouse envy and suspicion.”

Some people celebrate achievement.  Others resent it.  A person’s attitude toward superior achievement presents a moral challenge, a test.  This is true with individuals, groups and nations.  In the case of the “Israel test,” nations that resent Israel tend to embrace socialism and authoritarianism.  Nations that celebrate Israel tend to embrace capitalism and freedom.

“The world has learned to see moral challenges as issues of charity and compassion toward victims,” wrote Gilder, “especially the poor, whose poverty is seen as proof of their victimization.  Israel is not poor.  And it is a victim only of resentment toward superior achievement and capability.”

America is hearing a lot of mumbo jumbo from the left about “white fragility” and a new definition of racism. It’s an actual movement that’s busy feeding an environment of disdain toward “whiteness.”

Whiteness is a term used to describe the “problematic social construct” that perpetuates institutional racism and white supremacy.  Whiteness must therefore be dismantled because it gives white people invisible advantages that they take for granted.  All whites, they say, are guilty.

Like lipstick on a pig, the loudest voices disguise envy, hatred, revenge, and guilt inside the twisted language of “anti-racism” to counterfeit the political poetry of the Civil Rights Movement.

“Riots are the language of the unheard,” they say, butchering MLK’s denunciation of riots at a time when grievances were real. They misquote the “king of non-violence” to justify violence at a time when racial grievances are fiction.

Yet somehow, it’s working.  More than at any time in American history, whites are constantly being told how horrible they are.

Ex-CIA Director John Brennan said he’s “increasingly embarrassed to be a white male these days.”  Chris Cuomo joked about being “black on the inside.”  White babies show the first signs of racism at 3 months, according to an “equity” toolkit used in Arizona, and they “remain strongly biased in favor of whiteness” by age five.

Oregon is teaching that students, plus their blackness, minus the “right” answer, equals white supremacy, which proves that math is racist.  Dr. Suess is racist.  The Royal Family now has unconscious bias.

America has a caste system that favors “whiteness,” said multi-billionaire Oprah Winfrey who believes that even the “poorest of the poor” among whites have a leg up on blacks.  Obama, the twice-elected president, told Springsteen that reparations are justified and that he would’ve pushed harder for them were it not for the “politics of white resistance and resentment.”

Folks, this stuff is starting to sound like the Jew-hatred that suckled Europe before World War II.  It was the Cain-and-Abel stuff that eventually drove Hitler to conjure up the “final solution” against Jews.

As Jews fled extermination to Palestine, Nazi collaborator Haj Amin el-Husseini, the Grand Mufti of Jerusalem, suckled Palestinians on the teat of Hitlerian hatred.  It still nourishes them today.  Driven by a bottomless hatred, Palestinians offer no solution to their problems with Israel, except one: “drive them into the sea.”

This kind of nuclear hatred is being thrown around against whites.  Although culture itself is colorblind, they wrongly believe that white culture is white supremacy.  And what culture is that?

When you get down to it, it’s the culture that White Anglo-Saxon Protestants brought to America after they settled here from Britain centuries ago, a culture that is inseparable from America’s core identity.  It’s a culture where men seethe at the idea of letting any man or government get between his conscience and his God.  A culture that extols liberty, family, English ideas of natural and common law, limits on government authority, the rights of Englishmen dating back to the Magna Carta; and a belief that individualism is essential to freedom.

One more thing: work.  Central to Protestant culture is the work ethic, writes Samuel Huntington in Who Are We? – The Challenge’s To America’s identity (2004).

“In other societies, heredity, class, social status, ethnicity, and family are the principal sources of status and legitimacy,” Huntington wrote.  “In America, work is.”  Sociologist Robert Bellah wrote that “It was Anglo-Saxon Protestants who created the gospel of wealth and the ideal of success.”

So, when anti-racists complain about whiteness, they’re really looking to dismantle the Judeo-Christian culture at the core of America’s identity.  That’s not going to happen.

Gilder was right when he wrote that moral challenges are too often seen as issues of charity and compassion toward the poor, “whose poverty is seen as proof of their victimization.” That’s today’s Democrats.  Their ranks are filled with guilt-ridden whites who look at blacks in failed communities and focus on the unequal outcomes without digging deeper into the real causes. Then lazily link it all to slavery and Jim Crow.

There was a time when black ministers compared the “Negroes’” plight to the Hebrews’ escape from Pharaoh’s Egypt.  “We, as a people, will get to the Promised Land,” King bellowed.

But countless Hebrews never made it to the Promised Land because they were chronic complainers – relentless protestors, accusers, and blamers.  They all died wandering in circles in the wilderness.

The lesson?  It’s impossible to reach the Promised Land with a slave mentality.  God freed the Hebrews, but His hands were tied when they refused to free themselves from their own victimhood.

For Jews – lesson learned.  They loathe victimhood. So they thrive.  When blacks do the same – even in the face of real hatred – they will stop raising so much Cain and letting social and political opportunists use their resentment to turn Earth’s greatest-ever nation inside out.