Sports World Gets ‘Equality’ All Wrong

Will Alexander
|
Posted: Sep 20, 2020 12:01 AM
Share   Tweet
The opinions expressed by columnists are their own and do not necessarily represent the views of Townhall.com. 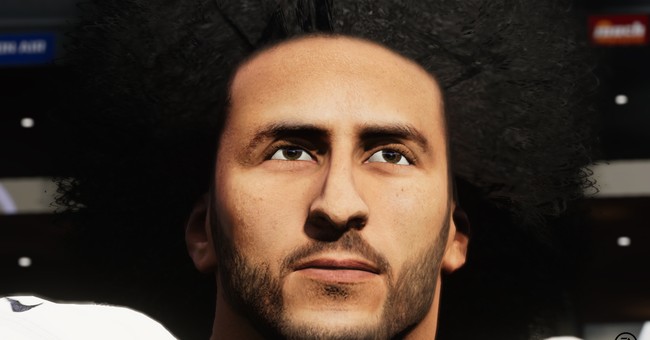 The fatal flaw in the idea that America is rife with racial inequality is a failure to distinguish between two kinds of equality: the equality of blacks as human beings, and the equality of their performance in the social and economic arenas.

The root of so many stubborn problems in America’s inner cities have less to do with skin color than with behavior.

But instead of getting to the root of the problem, academia, corporate-types, the media, Hollywood, and now professional sports have become a septic system that pipes the rotten narrative of victimhood all over the nation, forcing regular folks to clean up all the crap.

Michael Jordan once said, at the end of the day, his galactic celebrity wasn’t about his Nike contract, or the “I want to be like Mike” Gatorade commercials, or the “Space Jam” cartoon. “My game did my talking,” he said.

It would be an insult to say that Jordan was great because of raw talent.  No one in basketball worked harder to perfect their game.  What set him apart was a relentless work ethic.  No matter which one of Jordan’s coaches you talk to – high school, college, the NBA, baseball – all agreed on one thing: “Michael Jordan put in whatever work was necessary to get better and better and better and better.”

What we know to be true in sports, we pretend not to know in the game of life.

In sports, it was the performance of blacks, not their skin color, that led to great outcomes over the years.

Yet, nowadays when we click on the TV with COVID-weary, “protest”-exhausted brains to enjoy a driblet of sports bliss, we see pampered athletes pushing a one-sided racial inequality lie as if we’re still living in the ‘60s.  And the leagues are not just playing defense on the race stuff anymore.  They’re attacking!

Parched fans are being force-fed with the “Black National Anthem”; with teams locked in arms for “moments of unity”; and with players and coaches kneeling for the National Anthem on ballfields and basketball courts where glory-seeking multimillionaires switch out their game gear for jerseys “graffitied” with Black Lives Matter propaganda.

The NFL snapped after the disturbing George Floyd video was looped on every media outlet around the world in late May.  The video seemed to confirm what advocates of police brutality have been talking about for years.  The NFL had been struggling with how to deal with Kaepernick-like protests during game time, which fans hated.  But the Floyd video pushed the league over the cuckoo’s nest.

But the original cell phone video that unleashed BLM hell onto America’s streets didn’t capture the whole picture.  The world only saw the last few minutes of a much longer altercation.

As unedited body cam footage trickled out, you saw Floyd resisting arrest while saying, “I’m not resisting!”   You saw an older bystander pleading with Floyd to stop resisting. “You can’t win!  You can’t win, bro!  Go on and get in the [police] car!” he begged. You saw an already respiratory-depressed Floyd high on fentanyl repeating, “I can’t breathe” long before Derek Chauvin’s knee was on his neck.  And we would later see Chauvin’s knee-to-neck restraint technique in the Minneapolis Police Department’s training manual under what the department calls the “Maximal Restraint Technique.”

While the uncut body cam video leaves little doubt that Chauvin’s knee was on Floyd’s neck for far too long, there was not an iota of evidence that Floyd’s death had anything to do with his skin color.  Floyd’s behavior complicated things.  Just as in most of the high-profile “police brutality” altercations, it was Floyd’s behavior that created the environment for bad things to happen.

The universal laws that govern the mastery of skills, growth and productivity are constant, colorblind and apply equally to everyone.  The same core principles that makes great athletes, makes you great at anything in the game of life.

Life in the inner cities will never change until we stop excusing the bad behavior that produces mediocrity, poverty, and crime.  On the skin color side, we are as equal as we’re going to be in America.  It’s time for inner-city blacks to step up their games on the performance side.

If not, tyrannical loudmouths like LeBron James and Colin Kaepernick will continue squeezing the udders of racial inequality to milk it for all it’s worth.  While mothers and their children in cities like Chicago continue to be terrorized by underdeveloped men who are repeating the bad behavior they’re rewarded for.