Walter E. Williams
|
Posted: Oct 03, 2018 12:01 AM
Share   Tweet
The opinions expressed by columnists are their own and do not necessarily represent the views of Townhall.com. 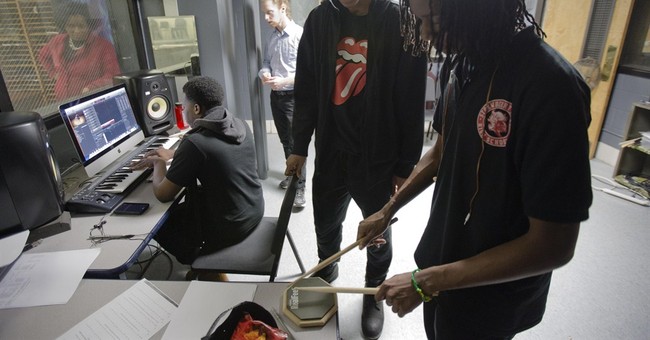 President Barack Obama's first education secretary, Arne Duncan, gave a speech on the 45th anniversary of "Bloody Sunday" at the Edmund Pettus Bridge in Selma, Alabama, where, in 1965, state troopers beat and tear-gassed hundreds of peaceful civil rights marchers who were demanding voting rights. Later that year, as a result of widespread support across the nation, the U.S. Congress passed the Voting Rights Act. Secretary Duncan titled his speech "Crossing the Next Bridge." Duncan told the crowd that black students "are more than three times as likely to be expelled as their white peers," adding that Martin Luther King would be "dismayed."

Gail Heriot, a law professor at the University of San Diego and a member of the U.S. Commission on Civil Rights, and her special assistant and counselor, Alison Somin, have written an important article in the Texas Review of Law & Politics, titled "The Department of Education's Obama-Era Initiative on Racial Disparities in School Discipline" (Spring 2018). The article is about the departments of Education and Justice's "disparate impact" vision, wherein they see racial discrimination as the factor that explains why black male students face suspension and expulsion more often than other students.

Faced with threats from the Department of Education's Office for Civil Rights, schools have instituted new disciplinary policies. For example, after the public school district in Oklahoma City was investigated by the OCR, there was a 42.5 percent decrease in the number of suspensions. According to an article in The Oklahoman, one teacher said, "Students are yelling, cursing, hitting and screaming at teachers and nothing is being done but teachers are being told to teach and ignore the behaviors." According to Chalkbeat, new high school teachers left one school because they didn't feel safe. There have been cases in which students have assaulted teachers and returned to school the next day.

Many of the complaints about black student behavior are coming from black teachers. I doubt whether they could be accused of racial discrimination against black students. The first vice president of the St. Paul, Minnesota, chapter of the NAACP said it's "very disturbing" that the school district would retaliate against a black teacher "for simply voicing the concern" that when black students are not held accountable for misbehaving, they are set up for failure in life.

An article in Education Week earlier this year, titled "When Students Assault Teachers, Effects Can Be Lasting," discusses the widespread assaults of teachers across the country: "In the 2015-16 school year, 5.8 percent of the nation's 3.8 million teachers were physically attacked by a student. Almost 10 percent were threatened with injury, according to federal education data."

Measures that propose harsh punishment for students who assault teachers have not been successful. In North Carolina, a bill was introduced that proposed that students 16 or older could be charged with a felony if they assaulted a teacher. It was opposed by children's advocacy and disability rights groups. In Minnesota, a 2016 bill would have required school boards to automatically expel a student who threatened or inflicted bodily harm on a teacher for up to a year. It, too, was opposed, even in light of the fact that teachers have suffered serious bodily harm, such as the case in which a high school student slammed a teacher into a concrete wall and then squeezed his throat. That teacher ended up with a traumatic brain injury.

There are plenty of visuals of assaults on teachers. Here's a tiny sample: Florida's Seminole Middle School, Pennsylvania's Cheltenham High School, Illinois' Rich Central High School. Byongook Moon, a professor in the criminal justice department at the University of Texas at San Antonio, says that according to his study of 1,600 teachers, about 44 percent of teachers who had been victims of physical assault said that being attacked had a negative impact on their job performance. Nearly 30 percent said they could no longer trust the student who had attacked them, and 27 percent said they thought of quitting their teaching career afterward.

My question is: Is there any reason whatsoever for adults to tolerate this kind of behavior from our young people?