Walter E. Williams
|
Posted: Jul 04, 2018 12:01 AM
Share   Tweet
The opinions expressed by columnists are their own and do not necessarily represent the views of Townhall.com. 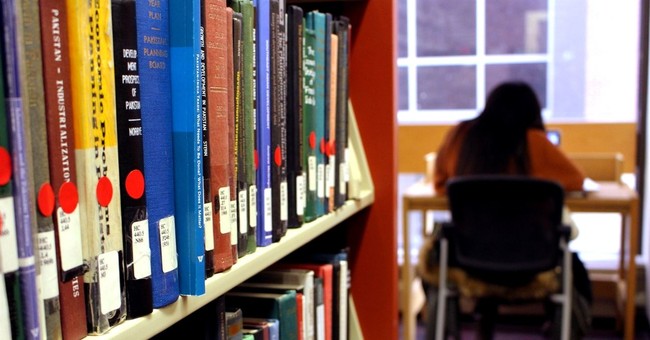 Amy Wax, a University of Pennsylvania law professor, has come under attack and scathing criticism because she dared criticize the school's racial preferences program. In an interview with Brown University economist Glenn Loury, discussing affirmative action, Wax mentioned how racial preferences hinder the ability of blacks to succeed academically by admitting them into schools at which they are in over their heads academically. At UPenn's seventh-ranked law school, Wax said, she doesn't think that she has ever seen a black law student graduate in the top quarter of his class, and "rarely" is a black student in the top half.

That got her into deep trouble. UPenn students and faculty members charged her with racism. UPenn Law School Dean Ted Ruger stripped Wax of her duty of teaching her mandatory first-year class on civil procedures. I'm guessing that UPenn's law faculty members know Wax's statement is true but think it was something best left unsaid in today's racially charged climate. Ruger might have refuted Wax's claim. He surely has access to student records. He might have listed the number of black law students who were valedictorians and graduated in the top 10 percent of their class. He rightfully chose not to -- so as to not provide evidence for Wax's claim.

The University of Pennsylvania controversy highlights something very important to black people and the nation. The K-12 education that most blacks receive is grossly fraudulent. Most predominately black schools are costly yet grossly inferior to predominately white schools and are in cities where blacks hold considerable political power, such as Baltimore, Detroit, Chicago and Philadelphia. In these and other cities, it's not uncommon for there to be high schools where less than 17 percent of the students test proficient in reading, and often not a single student in such schools tests proficient in math. Nonetheless, many receive high school diplomas.

It's inconceivable that college administrators are unaware that they are admitting students who are ill-prepared and have difficulty performing at the college level. There's no way that four or five years of college can repair the academic damage done to black students throughout their 13 years of primary and secondary education. Partial proof is black student performance at the postgraduate level, such as in law school. Their disadvantage is exaggerated when they are admitted to prestigious Ivy League law schools. It's as if you asked a trainer to teach you how to box and the first fight he got you was with Anthony Joshua or Floyd Mayweather. You might have the potential to ultimately be a good boxer, but you're going to get your brains beaten out before you learn how to bob and weave.

The fact that black students have low class rankings at such high-powered law schools as UPenn doesn't mean that they are stupid or uneducable. It means that they've been admitted to schools where they are in over their heads. To admit these students makes white liberals feel better about themselves. It also helps support the jobs of black and white university personnel in charge of diversity and inclusion. The question for black people is whether we can afford to have the best of our youngsters demeaned, degraded and possibly destroyed to make white liberals feel better about themselves. You might ask, "Williams, without affirmative action, what would the University of Pennsylvania Law School do about diversity and inclusion?" I'd say that's UPenn's problem.