Walter E. Williams
|
Posted: Jun 27, 2018 12:01 AM
Share   Tweet
The opinions expressed by columnists are their own and do not necessarily represent the views of Townhall.com. 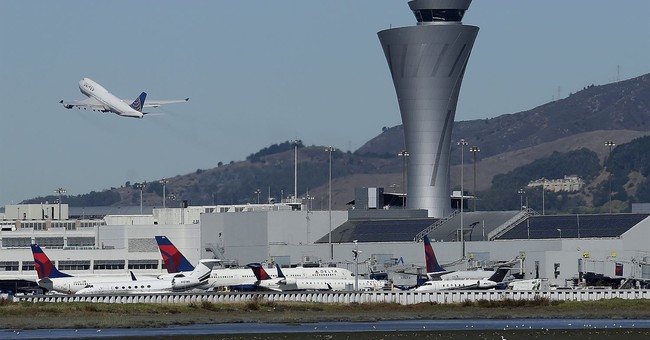 My column a fortnight ago, titled "Diversity and Inclusion Harm," focused on the dumbing down of science, technology, engineering and mathematics curricula to achieve a more pleasing mixture of participants in terms of race and sex. Heather Mac Donald, a senior fellow at the Manhattan Institute, wrote about this in her article titled "How Identity Politics Is Harming the Sciences." MacDonald quoted a UCLA scientist who said, "All across the country the big question now in STEM is: how can we promote more women and minorities by 'changing' (i.e., lowering) the requirements we had previously set for graduate level study?" The National Science Foundation and the National Institutes of Health are two federal agencies that fund university research, are consumed by diversity and inclusion ideology, and have the power to yank funds from a college if it has not supported a sufficient number of "underrepresented minorities."

In recent years, the Federal Aviation Administration has also become consumed by diversity and inclusion. Prior to becoming so, the FAA worked with about 36 colleges to create the Air Traffic Collegiate Training Initiative. The colleges offered two- and four-year non-engineering aviation degrees requiring basic courses in air traffic control and aviation administration. Graduates of these programs became qualified candidates for training as air traffic control specialists. The FAA gave hiring preferences to veterans, those with AT-CTI program degrees, references from administrators and high test scores.

In 2013, President Obama-appointed FAA Administrator Michael Huerta deemed that these hiring standards had not produced a pleasing mix of air traffic controllers when it came to race and sex. He announced plans to "transform the (FAA) into a more diverse and inclusive workplace that reflects, understands, and relates to the diverse customers" it serves. The FAA discarded its longtime use of the difficult cognitive assessment test and implemented instead a new, unmonitored take-home personality test -- a biographical questionnaire. Among the questions asked are: "The number of high school sports I participated in was..." "How would you describe your ideal job?" "What has been the major cause of your failures?" "More classmates would remember me as humble or dominant?"

In other words, the FAA opened air traffic control training to "off-the-street hires" -- any English-speaking citizen with a high school diploma -- despite the fact that most high school diplomas are fraudulent documents. All air traffic control applicants are required to complete the biographical questionnaire. Those who "pass" are deemed eligible. The questionnaire gives more points to an applicant who answers that he has not been employed in the previous three years than it does to an applicant who answers that he has been a pilot or is a veteran with an air traffic control-related military background.

Michael Pearson, an air traffic controller for 27 years who is suing the FAA, said, "A group within the FAA, including the human resources function within the FAA -- the National Black Coalition of Federal Aviation Employees -- determined that the workforce was too white." In an act of cowardice, a Republican-controlled Congress during President Obama's second term cut a deal allowing the FAA to hire half of new controllers based on race.

Led by its president, William Perry Pendley, the Mountain States Legal Foundation has brought a discrimination suit in the U.S. District Court for the District of Columbia in behalf of Andrew J. Brigida against U.S. Department of Transportation Secretary Elaine Chao -- although, when this suit began, Anthony Foxx was the secretary of transportation. (When Chao became the secretary, she was automatically substituted as the defendant.)

All Americans should hope that the Mountain States Legal Foundation suit is successful in preventing the FAA from using race and sex as criteria for hiring. Passengers' lives, regardless of sex and race, depend upon there being proficient air traffic controllers.