Walter E. Williams
|
Posted: Jan 24, 2018 12:01 AM
Share   Tweet
The opinions expressed by columnists are their own and do not necessarily represent the views of Townhall.com. 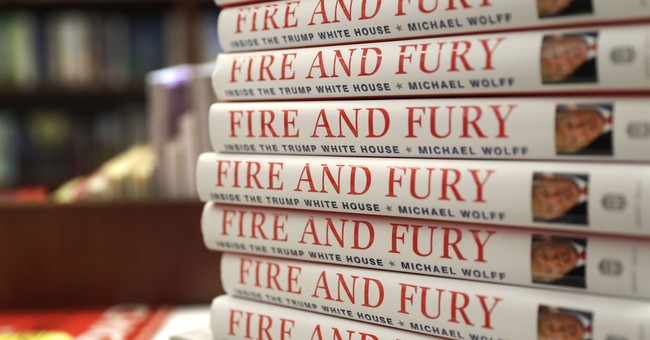 President Donald Trump said, "We are going to take a strong look at our country's libel laws so that when somebody says something that is false and defamatory about someone, that person will have meaningful recourse in our courts." The president was responding to statements made in Michael Wolff's new book, "Fire and Fury: Inside the Trump White House."

There's a question about reputation that never crosses even the sharpest legal minds. Does one's reputation belong to him? In other words, if one's reputation is what others think about him, whose property are other people's thoughts? The thoughts I have in my mind about others, and hence their reputations, belong to me.

One major benefit from decriminalizing libel and slander would be that it would reduce the value of gossip. It would reduce the value of false statements made by others. Here's a Gallup Poll survey question: "In general, how much trust and confidence do you have in the mass media -- such as newspapers, TV and radio -- when it comes to reporting the news fully, accurately and fairly -- a great deal, a fair amount, not very much or none at all?" In 1976, 72 percent of Americans trusted the media, and today the percentage has fallen to 32. The mainstream media are so biased and dishonest that more and more Americans are using alternative news sources, which have become increasingly available electronically.

While we're talking about bad laws dealing with libel and slander, let's raise some questions about other laws involving speech -- namely, blackmail laws. The legal profession defines blackmail as occurring when someone demands money from a person in return for not revealing compromising or injurious information. I believe that people should not be prosecuted for blackmail. Let's examine it with the following scenario. It's 5 o'clock in the morning. You see me leaving a motel with a sweet young thing who's obviously not Mrs. Williams. You say to me, "Professor Williams, the First Amendment to the U.S. Constitution guarantees me the right to broadcast to the entire world your conduct that I observed." I believe that most would agree that you have that right. You then proposition me, "If you pay me $10,000, I will not exercise my right to tell the world about your behavior."

Now the ball is in my court. I have a right to turn down your proposition and let you tell the world about my infidelity and live with the consequences of that decision. Or I can pay you the $10,000 for your silence and live with the consequences of that decision. In other words, blackmail fits into the category of peaceable, noncoercive voluntary exchange, just like most other transactions. If I'm seen voluntarily giving up $10,000, the only conclusion a third party could reach is that I must have viewed myself as being better off as a result. That's just like an instance when you see me voluntarily give up money for some other good or service -- be it food, clothing, housing or transportation. You come to the same conclusion.

What constitutes a crime can be divided into two classes -- mala in se and mala prohibita. Homicide and robbery are inherently wrong (mala in se). They involve the initiation of force against another. By contrast, blackmail (mala prohibita) offenses are considered criminal not because they violate the property or person of another but because society seeks to regulate such behavior. By the way, married people would tend to find blackmail in their interest. Extra eyes on their spouse's behavior, in pursuit of money, would help to ensure greater marital fidelity.

Those who would like to dig deeper into blackmail can go to http://tinyurl.com/ybvxzaan.