Walter E. Williams
|
Posted: Jun 07, 2017 12:01 AM
Share   Tweet
The opinions expressed by columnists are their own and do not necessarily represent the views of Townhall.com. 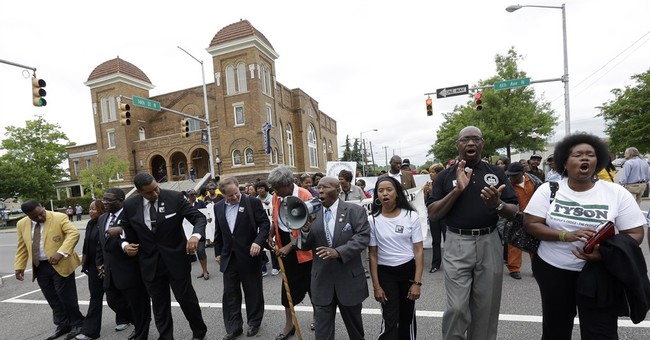 Ask any black person which political party has been black people's political ally. With near unanimity, blacks would answer the Democratic Party. Ask which political party has been hostile to blacks, they'd say the Republican Party with similar unanimity. For better answers, check out Prager University's five-minute clip "The Inconvenient Truth About the Democratic Party," by Carol Swain, professor of political science at Vanderbilt University.

President Woodrow Wilson was a Progressive Democrat and an avowed racist who shared many views with the Ku Klux Klan. He resegregated the federal civil service. He screened the racist film "The Birth of a Nation," originally titled "The Clansman," at the White House; it was the very first movie ever played at the White House.

What was the party of Orval Faubus, the Arkansas governor who blocked the desegregation of Little Rock schools and defied the U.S. Supreme Court's unanimous 1954 Brown v. Board of Education decision? What was the party of Theophilus Eugene Connor, known as Bull Connor, who, as city commissioner, set vicious dogs, fire hoses and billy clubs on black civil rights demonstrators in Birmingham, Alabama? Connor said: "You can never whip these birds if you don't keep you and them separate. I found that out in Birmingham. You've got to keep your white and black separate." If you answered that Faubus and Connor were Democrats, go to the head of the class. By the way, it was Republican President Dwight D. Eisenhower who sent troops to ensure that black students could attend Little Rock's Central High School.

What was the political party of Alabama Gov. George Wallace, who, during the 1960s civil rights movement, declared that he stood for "segregation now, segregation tomorrow and segregation forever" and blocked black students from entering the University of Alabama?

A few years later, the only serious congressional opposition to the landmark Civil Rights Act of 1964 came from Democrats. Eighty percent of Republicans in the House of Representatives supported the bill. Less than 70 percent of Democrats did. Democratic senators, led by ex-Klansman Robert Byrd's 14-hour filibuster, kept the bill tied up for 75 days, until Republicans mustered enough votes to break the filibuster.

Labor unions have always been allied with the Democratic Party and have a history of racism. Most of today's black leaders give unquestioned support to labor unions and their policies that harm black workers, but yesteryear's black leaders saw things differently. Frederick Douglass, in his 1874 essay "The Folly, Tyranny, and Wickedness of Labor Unions," argued that unions were not friends of blacks. W.E.B. Du Bois called unions "the greatest enemy of the black working man." Booker T. Washington also opposed unions because of their adverse impact on blacks.

Today, Democrats use diplomacy to hoodwink blacks. They tell blacks to be against those -- such as Education Secretary Betsy DeVos -- who are for school vouchers that enable black parents to get their children out of rotten schools run by Democrats at the National Education Association. Democrats are using black congressmen to go after Milwaukee County Sheriff David Clarke, who is a high-profile conservative, champion of law and order, and supporter of President Donald Trump. They view Clarke as a threat to Democratic Party interests. Indeed, if Democrats lost just 25 percent of the black vote, they would be in deep political trouble.

By the way, none of what I've said should be taken as an argument that blacks should rush to become Republicans. I'd like to see the black community acting the way most Japanese and Chinese communities do -- not getting into a tizzy over which political party is in power.