The Global Nuclear Push: Pathway to a Bright and Secure Energy Future

Vijay Jayaraj
|
Posted: Apr 30, 2019 12:01 AM
Share   Tweet
The opinions expressed by columnists are their own and do not necessarily represent the views of Townhall.com. 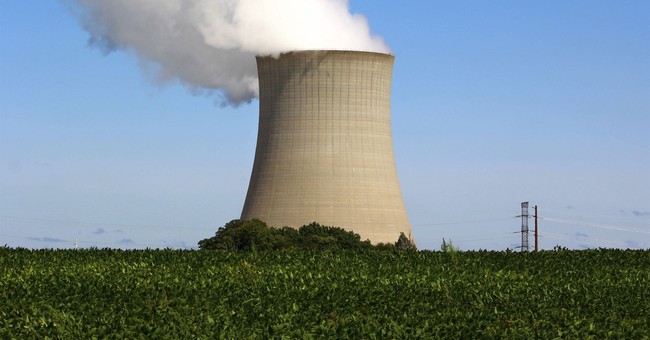 I believe the future of energy is nuclear. Many others do, too.

Despite the unfounded fears surrounding their safety, almost all major economies in the world have embraced nuclear technology with both arms.

Here is a look at the current nuclear energy scenario and recent developments that offer a hope of a bright and secure energy future.

In some developed countries, the percentage was extremely high. Nearly 72 percent of electricity in France came from nuclear energy. In Europe, Hungary, Slovakia, and Ukraine depended on nuclear for more than half of their electricity.

Their neighbors Belgium, Sweden, Slovenia, Bulgaria, Switzerland, Finland, and Czech Republic get one-third or more of their electricity from nuclear energy.

In terms of capacity and the amount of energy generated, the United States tops the charts with 805 TWh generated in 2017 (from 98 operable nuclear reactors). It was closely followed by France, China, and Russia. Canada, United Kingdom, Germany, and other countries make the top 10.

Clearly, nuclear energy is a key component in the success stories of these economies that are already energy superpowers. With its proven capability to generate affordable, reliable, and safe energy throughout the year, nuclear technology is the technology of the future.

More and more countries are actively expanding their nuclear energy capacity. The nuclear states are already in cooperation with developing countries to install nuclear reactors.

Among the developing countries, India has been very aggressive in its pursuit of installing new nuclear reactors. In addition to the 22 operable nuclear reactors, the country has 7 new reactors under construction and is planning to build 12 reactors soon.

In the Middle East, Saudi Arabia is completing its first nuclear reactor in Riyadh.

The nuclear energy sector, like others, has been a hotbed of evolution. Highly efficient Prototype Fast Breeder Reactors are already employed in Russia and India, producing less radioactive waste and 70 percent more energy than other reactors.

Other new technologies are on the horizon. “Small modular reactors (SMR)” are destined to be ground-breaking disruptive technologies in the energy sector. The U.S., China, and Russia are keen on SMR, and all are believed to have invested heavily in SMR.

SMRs are portable, take less time to build, and can be situated closer to cities, avoiding the cost and energy involved in connecting to a grid from a distance. SMRs generate highly resilient baseload power at cost-competitive prices, allowing mass production in less time and without waiting for years to be constructed.

They are a superior way of generating electricity at remote locations that are difficult to connect to a grid. If successful and adopted by more countries, SMRs will outdo renewables at a rapid pace, possibly even making renewable technology.

It is estimated that 50 small modular reactor (SMR) projects are currently being developed worldwide and will hit the market between 2025 and 2030.

All is Not Rosy

But not all countries are doing great at utilizing existing nuclear technology. South Africa is the only African nation that uses nuclear energy. It generated 7 percent of its electricity from nuclear energy in 2017.

In Asia, post-Fukushima fears have caused Japan to fall from among the top nuclear producers in the world to being the least among developed nations. The situation looks grim, with the state regulator closing down more plants.

Germany too, has been plagued by the anti-nuclear attitude, with many suggesting that the country’s defiant stance against nuclear energy is part of the reason for its current energy problems.

Japan and Germany will soon realize their mistakes, and it is matter of time before they return to nuclear technology. Even smaller nations like Kazakhstan are on the verge of going nuclear.

As for Africa, nuclear energy must be promoted intentionally rather than wasting resources on inferior technologies like renewables, as the United Nations and World Bank have been doing. In fact, Egypt is already in the process of approving a new nuclear plant.

Nuclear energy is indispensable to meeting the energy needs of our world. Currently, no other energy technology can produce so much energy using so little land and emitting so little pollution.

Along with other conventional sources of energy like coal, oil, and natural gas, nuclear energy will be a beacon of hope for the world’s poor. The role of SMRs will be significant if their development and deployment go as per the projections.