Dethroning Anti-GM Anarchy: The Next Green Revolution in India?

Vijay Jayaraj
|
Posted: Jun 09, 2018 12:01 AM
Share   Tweet
The opinions expressed by columnists are their own and do not necessarily represent the views of Townhall.com. 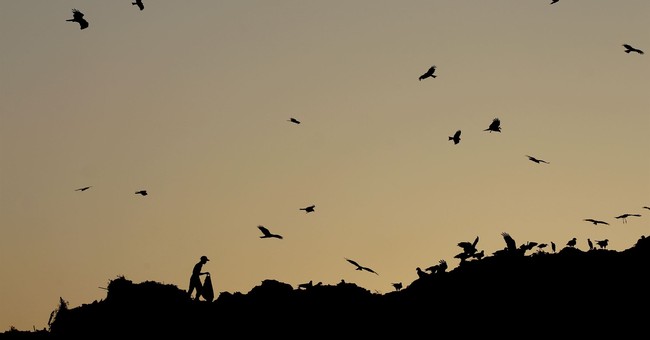 A new green revolution is in the making. Farmers in India are now using social media to promote and advocate for the use of genetically modified (GM) seeds. The anti-GM lobbyists are shocked by this unexpected demand among farmers, and this is just the beginning.

Last month, a farmer’s union based in the drought-hit state of Maharashtra forwarded messages on social media (Whatsapp and Facebook) that soon became viral. The messages were headlined “Don’t give us your alms, give us GM seeds instead.”

The messages elaborated the benefits of GM seeds and urged people to support the advocacy for the legalization of GM seeds in India.

Besides spreading awareness about the benefits of GM crops, the farmer’s union is also conducting farmer conferences to disseminate information on the different types of GM seeds available in India, their current use, and information about the GM variants which could soon be commercialized in India.

Unlike the United States and Canada, India is yet to experience the immense benefits of GM crops. Thanks to anti-GM activists and non-governmental organizations, the government was forced to delay the commercialization of a few GM crops.

The Indian government’s attempt to legalize the use of GM mustards hit a roadblock in 2016 after opposition by radical environmentalists, and the crop is yet to be commercialized.

Regardless, the environment and agricultural ministries are committed to exploring GM crops as a viable option for the future of Indian agriculture.

The government of India’s favourable position towards GM mustards and GM brinjal comes after it received approval from robust scientific tests conducted by qualified scientists and by the environment ministry’s Genetic Engineering Appraisal Committee.

As Paul Driessen and I argued elsewhere, there is no sound scientific evidence that GM foods pose any more risks than non-GM foods, and as I pointed out in another article, they can be a tremendous benefit to the world’s poor.

But in India, state governments’ policies on GM crops differ from those of the national/federal government. Maharashtra issued a crackdown on the use of GM cotton varieties that are not approved by the state.

It is important to remember that a few selected variants of cotton are the only GM crops currently legal in India.

Scientists, farmers and agricultural economists across the globe are well aware of the benefits of GM crops. They increase yield, reduce the need for pesticides, and provide higher profits for the farmers.

And it seems the Indian farmers are also aware of this. A farmer by the name of Rajoba commented “I mostly grow capsicum and brinjal on my six-acre land. Every alternate day, I have to spray pesticides worth Rupees 2,000 to Rupees 3,000 on my crops… It would have been a blessing if the commercial sale of Bt brinjal had been approved.”

In India, “genetically crossed” variants of rice, wheat, and maize are already in use, providing exponential returns to Indian farmers since the 1970s.

The U.S., Canada, and other countries have already approved GM crops after detailed scientific analysis conducted by qualified scientists at the respective countries’ research centres.

The Indian government must follow their example and put to rest the myths propagated by radical environmentalists concerning the dangers of GM crops.

The current agitation from farmers clearly reflects the reality of the highly rain-sensitive and large-scale agricultural sector in India, which is the livelihood of the vast majority of people outside the big cities of India.

India cannot afford to delay the approval of the GM variants of crops such as rice, Bt brinjal, wheat, potato, and others. Its booming and healthy agricultural sector would only be strengthened more by the use of GM crops.

Anti-GM groups will have a tough time overcoming grassroots support for GM, and farmers’ voice is likely to gain momentum in the coming years.