Vijay Jayaraj
|
Posted: Jun 16, 2016 12:01 AM
Share   Tweet
The opinions expressed by columnists are their own and do not necessarily represent the views of Townhall.com. 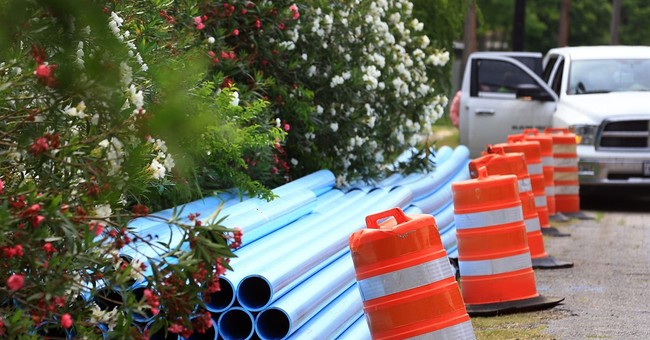 Observers, negotiators and most importantly, the stakeholders in the climate-change bandwagon have seldom forgotten theKyoto Protocol and how the United States pulled out after negotiating till the last moment. The Paris climate change agreement, drafted last year, is no different. India has now officially put the brakes on ratification of its proposed commitment. Why?

It is understood that the parties are not legally bound at the international level to achieve their targets. But each party is legally bound to pursue domestic mitigation measures, with the aim of achieving the objectives of their contributions as mentioned in their INDCs.

India’s INDC is very revealing of its position and of its concerns regarding the impact of decarbonisation of its economy. In fact, its first line reads “working towards climate justice.”

India has always viewed the climate change mitigation proposals as biased and limited in their potential to address the present challenges faced by the country. Hence it has argued and advocated for “climate justice,” arguing that developing countries should be not be forced to compromise on their developmental goals but should be granted monetary benefits to meet the climate-change mitigation plans.

The average annual energy consumption in India in 2011 was only 0.6 tonnes of oil equivalent (toe) per capita—drastically short of the 4 toe needed to achieve a Human Development Index (HDI—based on life expectancy, education, and income) of 0.9 or more (

The country must utilize its most affordable, clean and abundant energy resource—coal, the source of 70 percent of India’s electricity. Therefore, any commitment to reduction in carbon dioxide emissions will certainly impede achievement of its developmental goals, which are focused towards addressing these pressing needs that are unique to developing and poor countries like India.

The major challenge is meeting India’s demand for monetary help from the international community (understandable granted developed nations practically forced the Paris agreement on India), in order to diminish the costs the country would incur for the implementation of climate-change mitigation plans.

India says it would need around $206 billion (at 2014–15 prices) between 2015 and 2030 to meet climate-change adaptation costs. Mitigation activities would cost around $834 billion till 2030 at 2011 prices. In total, at least $2.5 trillion (at 2014–15 prices) would be required through 2030. But the developed nations have committed only $100 billion per year to be shared among all developing nations. Obviously the fund won’t meet India’s demand.

All these factors (and others) have collectively prompted India to officially declare its non-compliance with the Paris agreement, at least in a legally binding way. During the recent visit by Prime Minister Modi to the United States, India indicated that it will not ratify the Paris agreement in 2016. One of the negotiators commented

“President Obama is pushing hard to get the Paris agreement going as his legacy. But he can only join the agreement. He can’t ratify it. What if developing countries ratify it, helping the Paris agreement come into force by 2016-end, but the next US President walks out of it with a simple executive order? We have to be mindful of the possibilities.”

The high uncertainty surrounding the ratification of the Paris agreement by the parties also exposes the futile nature of the proposed mitigation plans and the science behind those objectives. India, like many other countries, recognizes theinefficiency of the predictions made by the Intergovernmental Panel on Climate Change (IPCC) climate models in predicting future global temperatures. The models have failed to predict the pause in global warming during the past 18 years. These are the very predictions based on which policy-decisions are recommended to UN member nations. It isobvious from accurate satellite measurements that global temperature levels have not reached dangerous or catastrophic levels. So much so, that the leading negotiator of the Paris agreement—the US itself—has not committed to ratifying the agreement in 2016.

As mentioned in India’s INDC:

India has a lot to do to provide a dignified life to its population and meet their rightful aspirations.

For now, the country’s 1.2 billion people can continue their journey towards economic liberation—and, for the many poor, to experience the basic privileges of food, clean drinking water, housing, and employment. By stalling the ratification of the Paris agreement, India has made the right decision for its people and revealed the incompetency of the Paris agreement’s call for decarbonisation of the global economy.