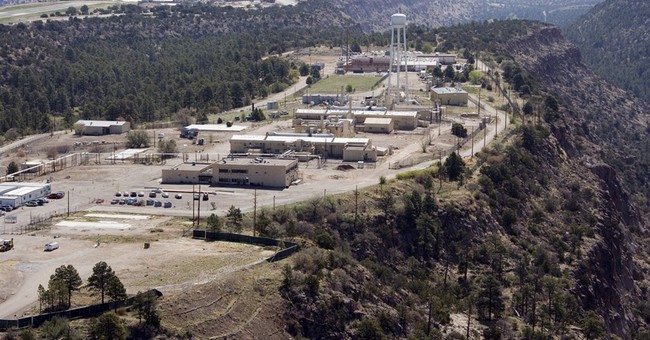 The Obama administration is facing scandals everywhere -- using the IRS to punish political enemies, seizing the phone records of Associated Press and Fox News reporters, monitoring phone and email accounts of millions, and making up stories about what happened in Benghazi.

In other words, the sort of government overreach that hardly raises eyebrows in Russia, China and most of Africa and Latin America is felonious here in the most free society in the world. Because of America's unique Constitution, and especially the Bill of Rights, for over two centuries Americans have taken as their birthright privacy and free expression, so that even the slightest infringement becomes cause for outrage -- and correction.

We have wide margins of error in energy. President Obama still keeps the Keystone Pipeline on hold. He's frozen almost all new gas and oil leasing on America's vast public lands. Yet throughout the 2012 campaign, the president boasted that gas and oil drilling in the United States had reached all-time highs.

Despite, not because of, the president's efforts, production rose due to a long history of protecting private property rights and ownership of subterranean resources. This country also inherited a can-do tradition of private enterprise by using innovative new technology to cut costs and increase efficiency.

In contrast, much of Europe has outlawed fracking. Elsewhere there is not the expertise to use sophisticated recovery techniques. Only the United States allows the private oil and gas sector enough power so it's not easily shut down. So, the president has the luxury of lauding record production while doing his utmost to stop it.

With the Obama administration's scheduled Pentagon cuts on top of the sequester reductions, about $1 trillion over the next decade will be slashed from the military budget. But the president still is fighting a war in Afghanistan, has intervened in Libya, and for two years has threatened to use force to help topple Bashar Assad of Syria. Obama can oversee massive military reductions, and yet projects force almost anywhere in the world, precisely because he inherited the largest and most potent armed forces in the history of civilization.

Colleges waste money on the superfluous, from rocking-climbing walls to diversity czars. College catalogs now include offerings such as Dartmouth's "Queer Marriage, Hate Crimes and Will and Grace: Contemporary Issues in LGBT Studies" and Harvard's "Race, Gender, and Ethnicity in Martin Scorsese and Spike Lee."

American universities have the luxury of offering the inane precisely because their math, science and computer departments, along with their medical and business schools, would never offer such fluff. In other words, the meritocratic protocols of institutions such as Caltech, MIT, Stanford Medical School and Harvard Business School are so successful in turning out the world's most gifted graduates that they can afford to subsidize the widely publicized but otherwise shallow and politically correct nonsense.

The same paradox is true of the green movement. The United States has the luxury to waste billions of dollars subsidizing a failed Solyndra or insolvent electric car companies because it has the richest coal -- and soon, gas and oil -- deposits in the world.

Californians have shut down huge swaths of irrigated farmland to save a bait fish in the Sacramento-San Joaquin Delta and to restore 19th-century salmon runs in the state's rivers. Sometimes even more radically they dream of blowing up the Hetch Hetchy dam to return to a pre-modern landscape in the central Sierra Nevada Mountains.

These realities and fantasies assume that California farmers will remain the most productive and innovative in the world, while supplying both the cheapest and safest food in the nation. And only because long-forgotten engineers once crafted a brilliant system of dams, canals and hydroelectric projects can the present generation of Californians -- well fed, watered and powered -- indulge in fantasies about discarding them.

At some point our margins of error will disappear, and with them the indulgent toying with our freedoms, defense, energy, education and food. Americans will then have to reawaken and act more like our no-nonsense predecessors -- if our successors are to inherit what we have taken for granted.