The Old Order is Dying 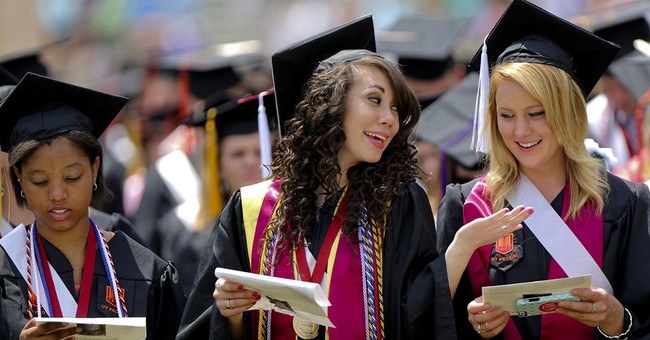 Ideas of the 1960s have now grown reactionary in our world that is vastly different from a half-century ago.

Take well-meaning subsidies for those over age 62. Why are there still senior discounts, vast expansions in Social Security and Medicare, and generous public pensions?

Five decades ago all that made sense. There was no such thing as double-dipping. Seniors often were physically worn out from blue-collar jobs. They were usually poorer and frequently sicker than society in general. The aged usually died not long after they retired.

Not now. Seniors often live a quarter-century or longer after a mostly white-collar retirement, drawing subsidies from those least able to pay for them.

Seniors are not like today's strapped youth, scrimping for a down payment on a house. Most are not struggling to find even part-time work. None are paying off crushing student loans. In a calcified economy, why would an affluent couple in their early 60s earn a "senior discount" at a movie, while the struggling young couple with three children in the same line does not?

Affirmative action and enforced "diversity" were originally designed to give a boost to those who were victims of historical bias from the supposedly oppressive white-majority society. Is that still true, a half-century after these assumptions became institutionalized?

Through greater intermarriage and immigration, America has become a multiracial nation. Skin color, general appearance, accent or the sound of one's name cannot so easily identify either "oppressors" or "victims."

So who exactly should receive privileges in job-hiring or college admissions -- the newly arrived Pakistani immigrant, or the third-generation, upper-middle-class Mexican-American who does not speak Spanish? Both, or neither? What about someone of half-Jamaican ancestry? What about the children of Attorney General Eric Holder or self-proclaimed Native American Sen. Elizabeth Warren? What about the poor white grandson of the Oklahoma diaspora who is now a minority in California?

Even if the 21st-century state could define who is a minority, on what moral grounds does the targeted beneficiary deserve special consideration? Is his disadvantage defined by being poorer, by lingering trauma from his grandparents' long-ago ordeals, or by yesterday's experience with routine racial prejudice?

If Latinos are underrepresented at the University of California, Berkeley, is it because of the stubborn institutional prejudices that also somehow have been trumped by Asian-Americans enrolling at three times their numbers in the state's general population? Are women so oppressed by men that they graduate from college in higher numbers than their chauvinist male counterparts?

Consider also the calcified assumptions about college education. The expanding 1960s campus was touted as the future gateway to a smarter, fairer, richer and more ethical America. Is that dream still valid?

Today, the college-educated owe a collective $1 trillion in unpaid student loans. Millions of recent graduates cannot find jobs that offer much chance of paying off their crushing student debts.

College itself has become a sort of five- to six-year lifestyle choice. Debt, joblessness or occasional part-time employment and coursework eat up a youth's 20s -- in a way that military service or vocational training does not.

In reaction, private diploma mills are springing up everywhere. But there are no "diversity czars" at DeVry University. There is no time or money for the luxury of classes such as "Gender Oppression" at Phoenix University. Students do not have rock-climbing walls or have Michael Moore address them at Heald College.

The private-sector campus makes other assumptions. One is that the hallowed liberal arts general-education requirement has been corrupted and no longer ensures an employer that his college-graduate hire is any more broadly educated or liberally minded than those who paid far less tuition for job-training courses at for-profit alternative campuses.

Scan the government grandees caught up in the current administration's ballooning IRS, Associated Press and Benghazi scandals. In each case, a blue-chip Ivy League degree was no guarantee that our best and brightest technocrats would prove transparent or act honorably. What difference did it make that White House Press Secretary Jay Carney, Secretary of State Hillary Clinton, Attorney General Eric Holder, President Barack Obama and U.N. Ambassador Susan Rice had degrees from prestigious universities when they misled the American people or Congress?

The now-aging idealists of the 1960s long ago promised us that a uniformly degreed citizenry -- shepherded by Ivy League-branded technocrats -- would make America better by sorting us out by differences in age, gender, education and race.

It is now past time to end that ossified dream before it becomes our collective nightmare.