Celebrating Our Independence -- From the Export-Import Bank

Veronique de Rugy
|
Posted: Jul 06, 2017 12:01 AM
Share   Tweet
The opinions expressed by columnists are their own and do not necessarily represent the views of Townhall.com. 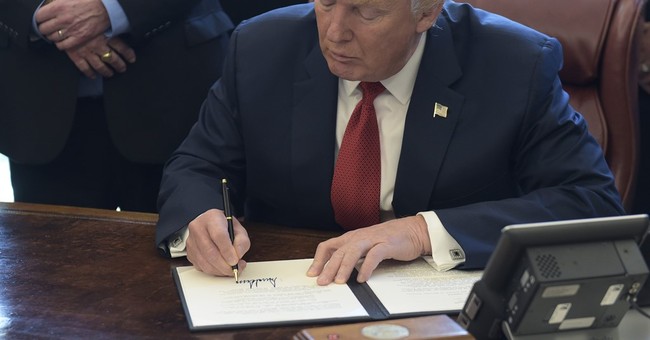 This week, we not only celebrate our country's independence from the British but also celebrate the second anniversary of our freedom from the Export-Import Bank.

In an imperfect environment where cronyism -- that's the unhealthy relationship between government and businesses -- runs rampant, the fact that Boeing, General Electric and other giant manufacturers haven't been able to benefit from taxpayer-backed loans for the past two years is a huge victory. For the first five months of that period, the bank's charter had actually expired -- but even since it was renewed, it hasn't been able to extend loans above $10 million.

President Donald Trump wants to restore the bank's full lending power, but it's actually time to slay the beast. That's what Rep. Justin Amash, R-Mich. -- alongside Republican Reps. Dave Brat of Virginia, Ken Buck of Colorado, Michael Burgess of Texas, Scott DesJarlais of Tennessee, Walter Jones of North Carolina, Jim Jordan of Ohio, Raul Labrador of Idaho, Thomas Massie of Kentucky and Tom McClintock of California -- wants to do by reintroducing a bill to terminate the Ex-Im Bank once and for all. Within 30 days of the bill's passage, the agency would have to stop accepting new loan applications.

Though there was no doubt that the top 10 beneficiaries of Ex-Im would survive without the government perk -- they benefited from 65 percent of the bank's activities -- it's worth wondering what has happened since July 1, 2015.

First, companies on the top 10 beneficiaries list haven't been doing any better or worse without Ex-Im. Take Boeing, for example. It is the No. 1 beneficiary of the bank and has continued to prosper and sell commercial planes all over the world. No surprise here, because 90 percent of Boeing planes were sold without any help from Ex-Im.

Boeing's market cap has also grown from $99 billion in June 2015 to roughly $120 billion. Though I can't say that Boeing wouldn't be even richer and bigger with full Ex-Im support, it's clearly doing well. It's also the case that it's not the role of the federal government to prop up the profits of private giants with subsidies.

The company has been doing well against its competitor Airbus, in part because of the European maker's problem selling its A380 superjumbo. And in the end, this is what this business is all about. If you make a plane that no one wants to buy at a given price, no subsidies will change that.

In addition, Airbus hasn't been able to soak in as much in subsidies as usual, either, because the U.K.'s Serious Fraud Office has launched a criminal investigation into the dealings of Airbus because of allegations of bribery, fraud and corruption. It shows that the world will continue to produce commercial planes even if Airbus and Boeing sales aren't subsidized by taxpayers.

That's because the foreign airlines that received Ex-Im's cheap loans could typically get credit and find lenders without an Ex-Im guarantee, could afford to buy planes without the subsidies, and didn't decide to buy a plane based on the existence of the subsidies.

U.S. exports in general don't seem to have been affected by the end of Ex-Im, either. Monthly trade numbers from the U.S. Commerce Department show a downward shift in U.S. merchandise exports beginning in January 2015 -- six months before the bank's charter expired. The slowdown also seems to affect service exports, which would indicate that Ex-Im funding was not the explanatory variable.

Also, the 2017 data, when compared with the data from the same period in 2016, show exports rebounding without any change in the status of Ex-Im. As my colleague Dan Griswold, the co-director of the Mercatus Center's Program on the American Economy and Globalization and the who gave me this data, noted, "the bottom line is that U.S. export growth was decelerating beginning in 2012 and has picked up again in 2017, driven mostly by global growth rates. The Export-Import Bank's status was simply not a factor."

This isn't too surprising. Economists have shown that export subsidies do very little to affect the balance of trade. It's time we secure our full independence from the Export-Import Bank by ending it. But until that happens, we can still celebrate its dormant state.