Trump Should Expand Audits of Programs That Waste Taxpayers' Funds

Veronique de Rugy
|
Posted: Mar 02, 2017 12:01 AM
Share   Tweet
The opinions expressed by columnists are their own and do not necessarily represent the views of Townhall.com. 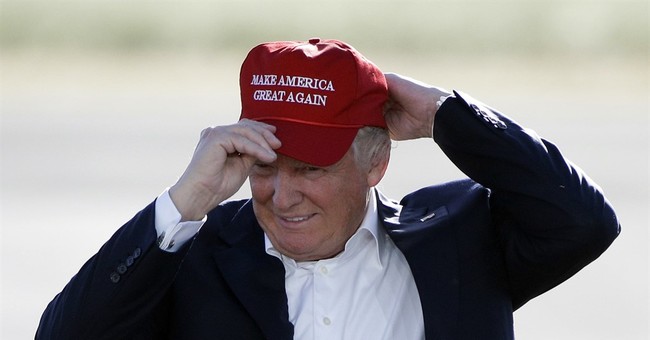 Let me dream for a second that the Trump Administration is serious about rolling back the expansion of government that occurred during the George W. Bush and Barack Obama years. In that case, much of this effort will require congressional action. And that, of course, means persuading enough politicians to do the right thing without undermining the overall goal by having to pay each of them off with a new pet project for their district. What can the president do?

First, there are some areas in which he can act on his own -- within the bounds of the Constitution -- to rein in government. He did this already with executive orders requiring federal agencies to establish regulation watchdogs and cut two regulations for every new one that is created.

Cutting regulations is great, but it's just one small part of the battle. The large number of improper payments by government agencies is another area that could use the president's attention, with the worst culprit being the Medicare fee-for-service system. As I have written in the past, the Government Accountability Office estimates that the government makes roughly $137 billion in improper payments per year, a third of which is related to Medicare alone.

Of those payments, some are underpayments, some are overpayments and some are the result of downright fraudulent activities. For instance, hospitals have gotten pretty good at bilking taxpayers for extra money. Case in point: the recent $60 million payment by a major U.S. hospital service provider, TeamHealth, to settle the claim that a company it acquired paid big bonuses to its hospitalist doctors "by billing Medicare, Medicaid, the Defense Health Agency and the Federal Employees Health Benefits Program for higher and more expensive levels of medical service than were actually performed," according to the Department of Justice's press release. This followed several other prominent recent settlements under the False Claims Act, which makes liable those who defraud government programs.

The abuses that resulted in the TeamHealth settlement were brought to light by a whistleblower, but even when there are financial incentives to speak out, waiting on individuals to come forward is not enough to solve the problem.

That's where the Recovery Audit Contractor program comes in. The program exists for the sole purpose of uncovering fraudulent payments made by fee-for-service Medicare. It awards contracts to hunt for fraudulent payments, offering a monetary reward for uncovering any improper payments. In other words, there's finally someone with financial incentive to work on behalf of taxpayers!

Hospitals that have benefited from improper payments naturally dislike the program. They didn't want to return the $3.7 billion -- itself only a fraction of total improper payments -- that the RAC auditors recouped on behalf of taxpayers in 2013. They not only have lobbied against the program but also recently discovered that appealing every rejected claim would overwhelm the system.

You would think that this information and the data that revealed this to be a pretty common behavior would infuriate those who are supposed to be the stewards of our taxpayers' dollars. Not at all. I have reported in the past that both Republicans and Democrats in Congress have lent their support to special interest groups by trying to reduce the recovery of improper payments by RAC auditors. Also, rather than expand the RAC to respond to these claims and keep saving taxpayers billions per year, the Obama administration suspended key aspects of the program and dramatically limited others. As a result, the program has recovered less money in recent years.

Though it tells you on which side the Obama Administration stood in the battle between special interests and taxpayers, it means that there is a tremendous opportunity for change if this new White House is willing. President Donald Trump could ensure that the program is brought back to full operation. Better yet, he and Congress could work together to expand the audits to include other spending programs that are highly susceptible to waste and abuse. Wouldn't that be nice?