Will the EEOC Decide Who Is Catholic? 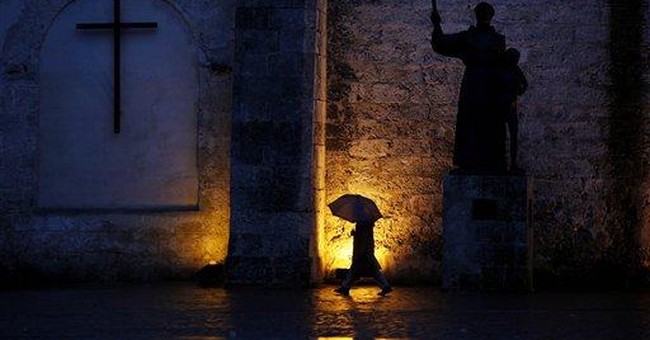 Earlier this year, the Catholic Diocese of Richmond fired the executive director of an associated charity known as the Saint Francis Home after the man disclosed he was in a same-sex marriage. The executive director subsequently filed a complaint with the Equal Employment Opportunity Commission claiming sexual orientation discrimination. While such EEOC complaints (and federal lawsuits) have been filed before, only this past summer did the EEOC rule in Baldwin v. Foxx that sexual orientation discrimination could constitute sex discrimination which is prohibited by Title VII. Despite its jumbled logic, this ruling increases the likelihood that the executive director’s claim against the Richmond Diocese will find traction with the EEOC.

Unlike the employer in Foxx, however, the Richmond Diocese and its charity home are religious institutions. They therefore fall within the protection of Section 702(a), which exempts religious organizations from the rest of Title VII as long as their employment decisions are decided on the question of whether the employee belongs to the employer’s particular religion.

But will the diocese’s actions here be construed as religious-based hiring permitted by Section 702(a), or impermissible sexual orientation discrimination for which Section 702(a) offers the Richmond Diocese no protection? What exactly does Section 702(a) mean when it refers to employees being of a particular religion, and who gets to make this determination?

The EEOC would like us to think it is merely enforcing nondiscrimination law in cases like this, but if one’s religion includes views on marriage and sexuality that the government deems “discriminatory,” isn’t the government effectively determining the tenets of a particular religion? In this case, wouldn’t the EEOC be determining what it means to be a Catholic?

While an executive director position may not fall within the ambit of Hosanna-Tabor and the ministerial exception, a determination by the EEOC of what constitutes a particular religion would be barred by the religion clauses of the First Amendment and the church autonomy doctrine, which prohibits the government from meddling in internal church decision-making.

The government would likely respond to these arguments by claiming it is just enforcing nondiscrimination requirements and that churches are otherwise free to act as they wish. But if the government can sidestep a religious organization’s own understanding of what constitutes belonging to its particular religion by citing enforcement of nondiscrimination requirements, the particular religion determination will become so cramped as to make the Section 702(a) exemption meaningless.

When the government’s demands—no matter how characterized and framed—interfere with and trump private religious organizations’ and churches’ ability to determine their own particular religious beliefs, do we not have a government at once interfering with individual freedom and establishing a religion of its own?

Why would we want such an intrusive government?

I can’t see how we would—except if we now believe the government should be the arbiter deciding who is a proper Catholic (or proper member of anyfaith). If that’s the world we are living in, God help us.